Like any job or trade, masonry is systematic, and when it comes to building walls that concept rings true. Herbert Sloane, Chief Architect at Owens Corning, describes that in order for a masonry wall system to work properly, “all the performance attributes for the wall have to be taken into consideration.”

These attributes include thermal, moisture, air leakage, and fire performance. “A contractor is given the responsibility to look at the specification that was written,” Sloane explains. “Then, they have to choose products that meet that specification.”

Do you know what insulation and air barriers you’ll need for your next job? We’re helping you get prepared by breaking it down. Keep reading for a better look into the insulation, air barriers, vapor barriers, and moisture barriers necessary to complete many masonry jobs.

Continuous insulation lives up to its name—it’s a layer of insulation that continues around a building. This insulation acts as a cover over structural and framing members. These members are often steel-high conductives that penetrate through a wall system and can create a short circuit from the outside, allowing energy to transfer easily in or out of the building (depending on whether you’re heating or cooling). Continuous insulation works to conceal the highly conductive members, in turn, preventing a direct short circuit to one side or the other of the assembly. 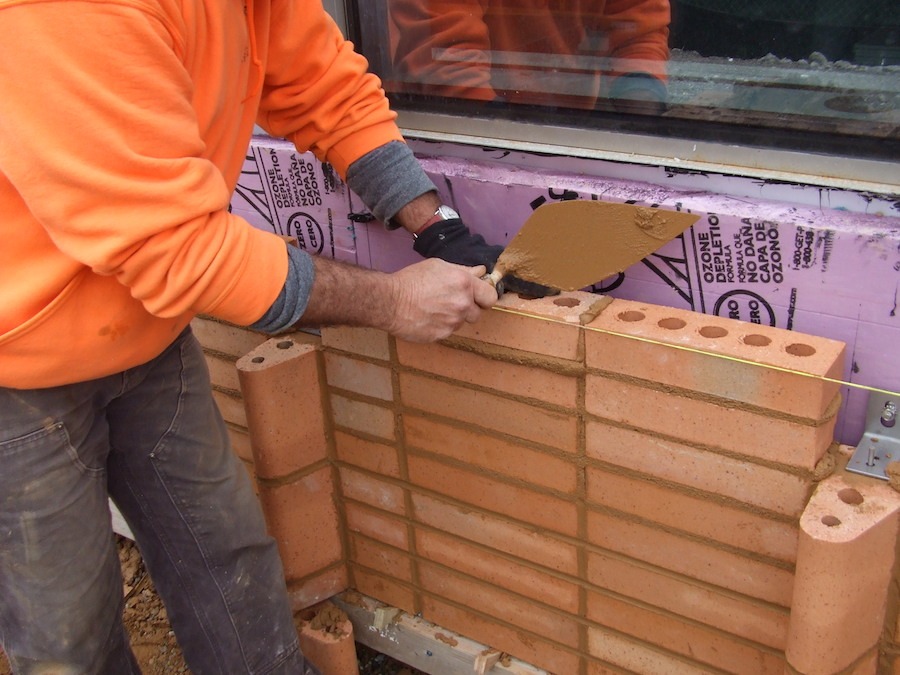 This helps to minimize thermal bridging — when an area of a building has a considerably higher heat transfer than surrounding materials. Simply stated by Sloane, it is a bridge for thermal energy to cross easily. This results in an overall decrease in thermal insulation of the building. Wrapping insulation around the connection will minimize this process to isolate the bridge. Therefore, energy cannot pass as easily.

Another option is to contain insulation in the cavity of the walls. For example, this is insulation that can be placed between the steel stud wall and the cavity. This type of insulation works to further reduce energy transfer across the empty cavity containing air.

Just as the name suggests, these restrict the flow of air. Basically, air barriers are a continuous layer around the building and foundation. Their purpose? “They limit air infiltration and exfiltration. By doing that, they minimize energy loss,” says Sloane. Energy loss occurs when heated air leaves a building, or when cold air comes in and needs to be replaced with warm air. From the several options of barriers to install in a structure, air barriers will control temperature and air quality within the home or building.

Also called “air and water vapor resistant barriers,” they limit the migration of moisture in and out of a wall assembly. All air, even the driest-feeling air, has moisture in it. Too much can be harmful and end up causing future moisture issues in a structure. How it works, Sloane explains, is that “as the air passes through the assembly, there’s a possibility that air encounters a surface inside the wall that is of a low enough temperature that will cause humidity to condense, which brings with it moisture problems.” 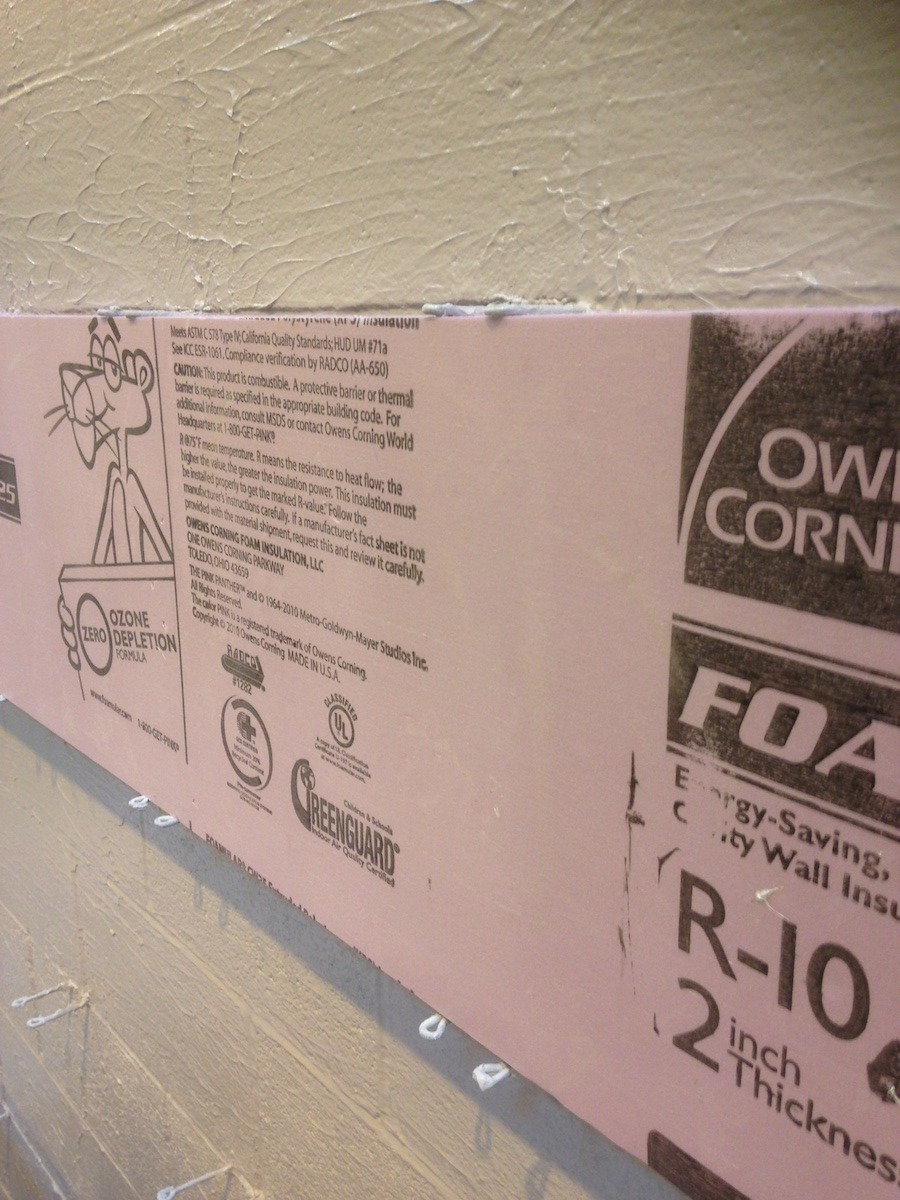 Any material that has an air permeance that is not greater than 0.02 L/(s·m²) at a pressure difference of 75 Pa (0.004 cfm/ft2 at a pressure difference of 1.56 lb/ft2) when tested in accordance with ASTM E 2178 is an air barrier material, according to the Air Barrier Association of America (ABAA). Air permeance is determined by the amount of air that passes through a material. Air leakage, on the other hand, is the air that leaks from holes or gaps.

A building envelope is where air barriers are installed. In a continuous manner, these barriers are wrapped around the structure, creating a protective and air-resistant membrane. Although air barriers can be installed in the foundation as well, they are primarily placed in roofs and walls.

What are Vapor Barriers And Why Do We Need Them?

By preventing water vapor from entering a structure, vapor barriers improve the long-term durability of the home or building. These devices also help to reduce the potential threat of mold growth in a structure.

You will only find vapor barriers made of permeable materials. Each material will differ in their degree of permeance rating. The transmission rate of water vapor through a material is what will determine the rating of each material used. Water vapor permeance is measured in the unit referred to as a perm. In most places, a vapor barrier with a maximum water transmission rate of 60 perms is required.

Take a look at the insulation you’re working on. Vapor barriers should be installed on the warm side of the insulation. This placement will regulate the diffusion of water vapor into a building assembly. The climatic conditions of the area will determine the position of the barrier in a building assembly. For instance, in cold climates, the vapor barrier will be on the interior. In warmer climates, the barrier will be on the exterior.

Be careful when installing vapor barriers, as the incorrect use of a vapor barrier can lead to major issues down the road. Although these barriers were originally created with the purpose to keep assemblies away from wetness and instead, staying dry, when used improperly, vapor barriers often prevent assemblies from drying in the end. How it works is that when the barriers are installed on the interior of assemblies, they can prevent assemblies from drying inward. This allows for issues in any air-conditioned enclosure and is problematic in any below-grade space.

What Kind Of Products Should Be On Your Job Site?

Most masonry projects often have horizontal joints reinforcing the wall along with masonry wire tires that extend out of the joints. The air and water barriers most commonly used on a wall system are fluid. You can use a spray, a roller, or a brush to apply the liquid barrier. 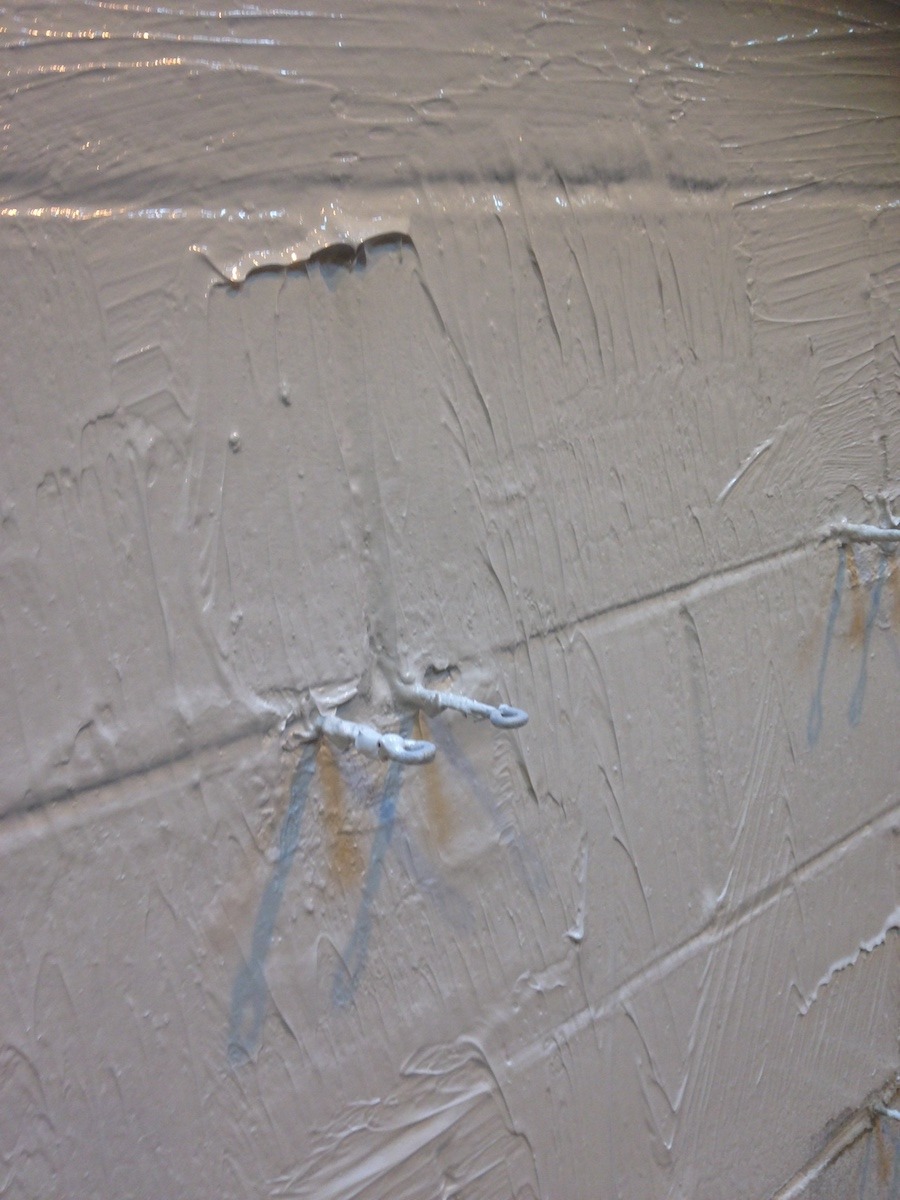 Concrete block wall systems are also quite common on job sites. These blocks, typically measuring eight inches high, can also hold an air barrier. On a concrete block wall system, you will find that the course of a block has a horizontal truss-type or ladder-type joints reinforcing it. Extending out from the joint, you’ll find wire ties that extend away from the wall. This method allows for brick veneer to be mechanically attached to the wall.

Since there’s a large amount of wire ties sticking out from the wall, the best way to attach an air barrier to the concrete block wall is to use a fluid-applied air barrier, Sloane advises. “While there are sheet air barriers for such wall systems, they won’t be as successful because the wire ties will be protruding from the wall. “It would lay awkward,” Sloane states.

Contractors are given the responsibility to pick products meeting a written specification. While the contractor should seek out those that match the particular specification, there is more to the process. Sloane explains that contractors should also choose products as a group. “It’s not just about picking an air barrier and insulation and picking a masonry wall tie,” Sloane says. “You don’t pick all those things individually, in isolation, in a vacuum.” 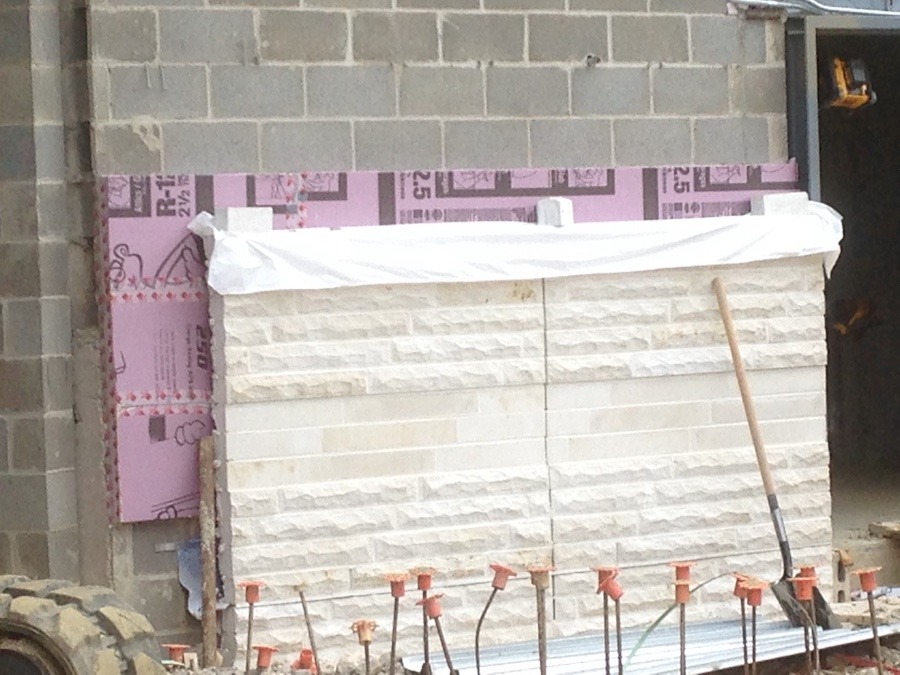 Instead, Sloane advises that you consider how all the products work together. He recommends to choose products have been tested together and those that have been proven to provide thermal performance, moisture resistance, air resistance, fire resistance and structural connection. “You’ve got to pick the right combination to do all that as a system,” he says.

Additionally, Sloane advises contractors to look for a product that has been systemized, and he warns against low-budget buys. “You know, you make take out one product to find one that is cheaper and run the risk of substituting the product that hasn’t been thoroughly evaluated in the context of the system.”