The Mason Contractors Association of America held its annual Legislative Conference in Washington DC from May 16-18. The conference is an opportunity for members to meet and interact with the elected officials who serve them. For both seasoned veterans and newcomers to the fly-in, the conference presents a unique opportunity to present problems facing the masonry industry and work with legislators to come up with solutions.

Appointments are made with attendees’ respective members of Congress, along with key swing vote representatives. This allows for the MCAA’s members to be active advocates for the trade, and to put a face to the name of the Association. Attendees were briefed on the six issues of importance prior to meeting with their representatives, and are encouraged to follow up after the Conference.

This legislation would provide congressional authorization to allow concrete block manufacturers the opportunity to create a commodity check-off program that would support generic industry research, education, and promotion. Because other industries already have such authorization this bill simply provides a level playing field for fair market competition. The result will be better and more cost effective buildings and more manufacturing and construction jobs at no cost to the federal government. 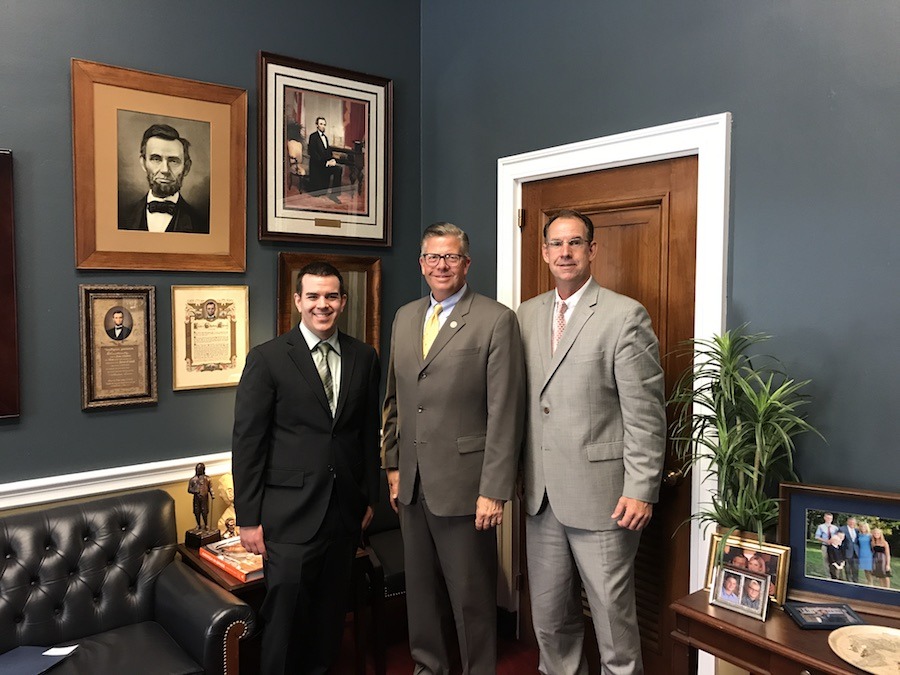 MCAA supports HR 1046 / S 374 and urges Congress to pass the legislation to help this industry by enabling it to effectively invest in itself (without government financial assistance), reinvigorate the economy, jump-start the tax base, and expand American jobs.

For the past 5 years, the masonry industry has been working as the American economy has recovered from the recession to highlight the need for a qualified workforce in the construction and masonry industries and enact programs that would boost career and technical education (CTE) programs throughout the country. The Mason Contractors Association of America (MCAA) is pleased to see that Congress has heeded our, and so many other industries’, call to focus on workforce development, career and technical training, and on boosting American infrastructure and the resurrection of the American manufacturing sector.

MCAA remains committed to standing with Congress and the Administration as you craft programs to invest in our nation’s infrastructure, boost our economy, and expand the middle class throughout every region of America. With that being said, we also remain concerned that due to numerous factors, the masonry industry, and construction industry as a whole, faces an environment where there are currently no available, qualified employees or where there is a heavy bias against entering the workforce in a skilled trade. According to NCCER (formerly the National Center for Construction Education and Research) and its program “Build Your Future” there are nearly 300,000 jobs that will be open throughout the United States in the masonry/bricklaying field in the next three years alone.

MCAA supports a broad based, comprehensive immigration reform approach that includes provisions to secure our nation’s borders, creates a temporary guest worker program that meets the demand for labor, and creates a process for addressing the undocumented currently employed in the U.S. Recent estimates have shown that the construction industry will require an average of 185,000 new workers per year in the coming years to meet growing workforce demands, while at the same time baby boomers are continuing to retire at a very fast rate. As evidenced by the data, the construction industry faces a growing problem of a shortage of skilled labor; some of this insufficiency is being addressed by the immigrant workforce and we would encourage you to include much needed reforms to guest-worker and visa programs as you move forward on infrastructure investment and immigration packages.

In early 2004, then President George W. Bush proposed a guest worker program under the pretense that will be a system “matching willing workers with willing employers”. The following set of ideas made up President Bush’s plan and MCAA would support a plan based on similar principles:

Some contractors in the construction industry are deliberately misclassifying workers as independent contractors rather than employees to avoid payroll taxes, insurance premiums and other employment expenses in order to boost company profits. This practice grossly undercuts honest, law abiding contractors and, in addition, deprives the federal, state, and local governments of millions of dollars in revenue.

While we have seen certain enforcement efforts in certain regions by the Department of Labor (DOL), we believe that DOL should take steps to improve enforcement of current laws at both the state and federal level. Congress should direct the Department of Labor and the Internal Revenue Service to work together to improve enforcement mechanisms and protocols. Furthermore, the current tax gap has reached epic proportions; addressing misclassification will help to address billions in lost revenue to the federal government. The Masonry Industry urges Members of Congress to support legislation which addresses this problem. 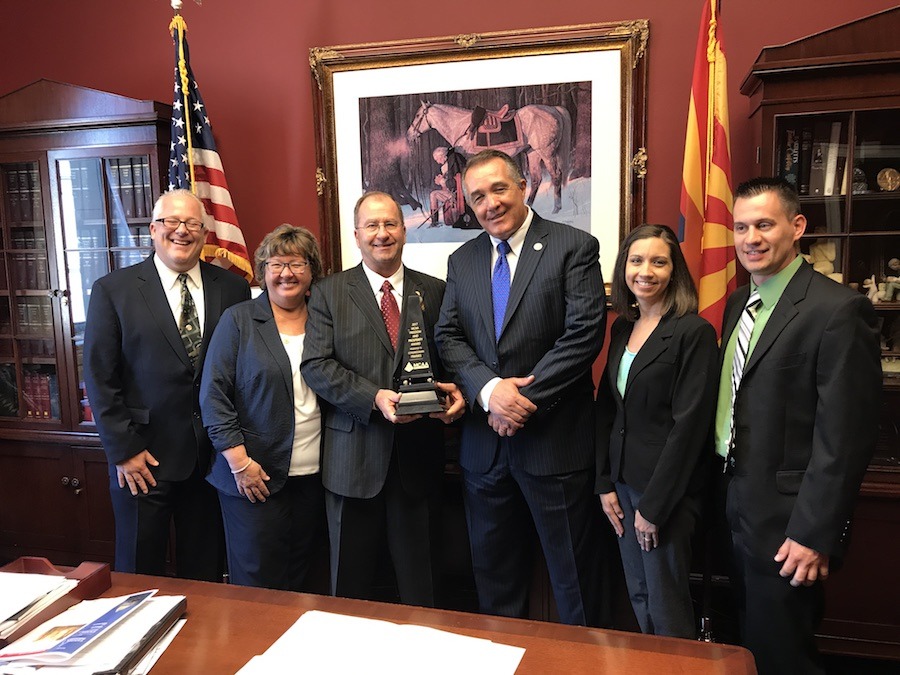 On March 7th, Senator Debbie Stabenow (D-MI) introduced S. 538 and on March 23rd, Rep. Suzan DelBene (D-WA) introduced H.R. 1380, bills to promote the use of wood in tall construction projects.  The bills would establish a research program and grant money to study and encourage the use of wood for tall building construction, defined as projects more than 85 feet in height.  Additionally, it would require the Secretary of Agriculture to work with the “wood products industry” to improve the “commercialization of tall wood building materials.”

Since October 2012, the softwood timber industry has operated an industry-wide check-off program according to the Binational Softwood Lumber Council “to fund a unified softwood lumber promotion program”. Let us be clear, the Mason Contractors Association of America does not oppose check-off programs, and we are in fact working with industry partners to pass legislation providing us with the legal authority to establish a check-off program for the concrete block industry. What we find egregious is that it appears that H.R. 1380/S. 538 is providing federal grant funds to ONE specific industry at the expense of others and to an industry that already has a huge amount of industry backed funding to conduct the studies and promotion that are outlined in the legislation.

MCAA believes that Congress should not be providing federal funds to support an industry, especially an industry that has the resources to do this research on their own using their industry backed check-off program, to the detriment of other construction industries.   The federal government should not be in the business of picking winners and losers and it is with this in mind that the MCAA OPPOSES H.R. 1380 and S. 538 and would ask Members of Congress to oppose this legislation as well.

During the economic recession in 2009, the construction industry as a whole, and the masonry industry in particular, was hit extremely hard and many businesses shut their doors. However, during the past 7 years the masonry industry has seen steady growth, and while we are not yet back to our pre-2009 levels, business is steady and ever expanding. However, with this great news, we have also seen a major problem for the construction industry: the lack of a robust, qualified workforce.

Add this to the fact that the average construction worker is over 40 years of age and many are expected to be lost to retirement in the near future and we are looking at a bleak economic future. The masonry industry literally has thousands of jobs that we cannot fill due to a lack of qualified candidates. These jobs are not entry-level, minimum wage jobs, but rather high paying jobs that can start any where between $25,000 to $40,000 a year for a high school graduate. In just years, many of these new employees become managers and many go on to become business owners themselves.

The irony is that despite all these job opportunities, “millennials” make up about 40% of the nations unemployed. Many of these young men and women have a college education (well over 2 million university graduates enter the workforce each year). The vast majority of these workers have enormous debt from their years in education and the sad part is that many do not find work in the field of their training. Many graduates take jobs that require no secondary education and they struggle to earn enough money to pay off the debt of education and maintain a cost of living.

Unfortunately, throughout the years, career and technical education (CTE) programs have become stigmatized, funding has dried up, and parents, educators, and governments have ignored the important roles these jobs play in our country. 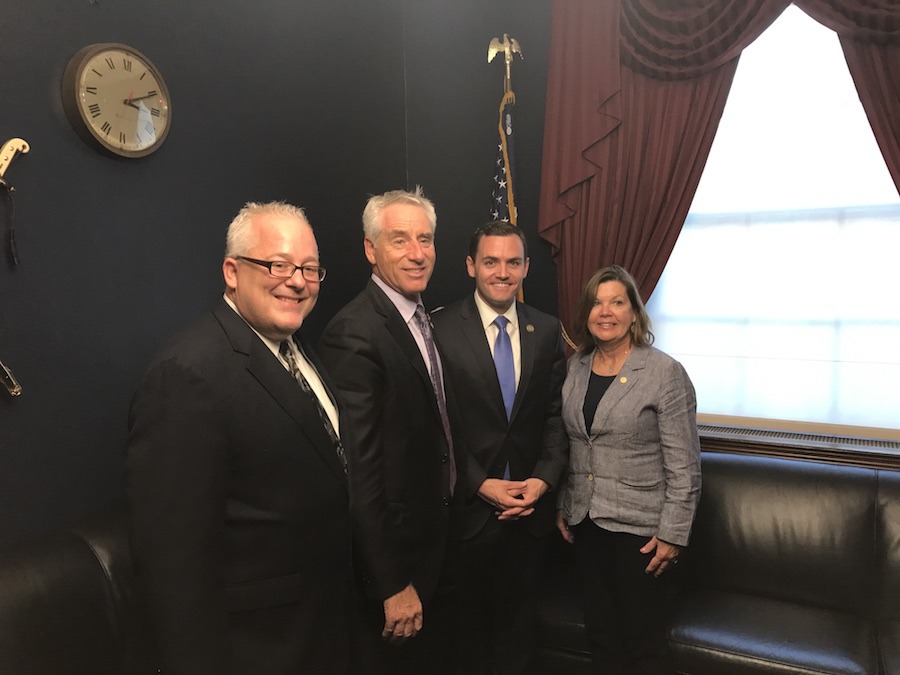 Currently, the House Education and Workforce Committee is drafting legislation to reauthorize the Carl D. Perkins Act and we are hoping that the Committee will address this stigma and take steps to ensure that CTE programs are receiving the support and reforms that are needed. Businesses like ours need the opportunity to approach local high schools and CTE programs to discuss with parents and students what opportunities exist in the industry and in our local businesses. Business engagement needs to be a priority in this reauthorization and we look forward to working with Congress, states, and local governments to make the Perkins Act as robust and successful as possible.

The building trades and especially masonry offer many advantages to young workers:

What we need to do moving forward:

With the recent delay in the nomination of a new Secretary of Labor and no new head of OSHA in place, we are concerned that OSHA continues to designate its workplace crystalline silica regulation as a top agency priority at a time when silica Personal Exposure Limits (PELs) are already in place and OSHA has failed to make the case for new regulations. This new OSHA regulation will have negative economic and market use impacts on the breadth of the masonry industry, affecting acquisition and handling of raw materials, manufacture and handling of the product, insurability, and installation.

A rush into this rule will result in a misguided regulatory focus that can destroy the masonry industry and tens of thousands of jobs. OSHA even admitted, with its own numbers nearly a decade ago when this rule was first proposed, that the economic cost of new rules would be nearly $650 million (extremely conservative) and it would only create benefits of $232 million.

What is Crystalline Silica?

For more information on the positions taken by the MCAA members, please visit www.masoncontractors.org/positions. Once there, you’ll be able to view the position papers and take action directly from the website. All members are encouraged to discuss the issues with their representatives whether or not they attended the conference.