Subject: A Year After The Respirable Silica Seminars 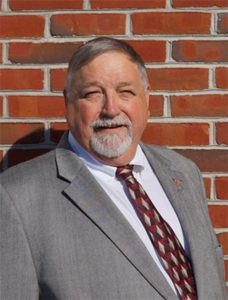 Last year while we were traveling the country with the Respirable Silica Seminar we had the opportunity to meet over 1,000 attendees. The majority were masonry contractors. We were able to get their opinions on a variety of subjects. One of the questions we asked was whom they thought the inspection and enforcement body of OSHA Regulations. The vast majority said OSHA themselves are the enforcers.

Another question was regarding how many of the companies represented by the attendees had an OSHA inspection in the last 3-4 years. A little over 50% said they had. When asked about no time limit the number was greater yet. When asked of only masonry contractors the number was less than 50%. So why are we following the OSHA Regulations?

Who is the enforcer? Some said their insurance agents while others said their own morality. Another reason was that accidents and injuries cost the loss of employees and productivity. A combination of morals and economics should be the correct answer. Practically everyone agreed that it is the General Contractors and Construction Managers that the mason contractors work for and under contract with. They are on the construction site every day. This is the very reason that you must read the subcontract and safety policy before signing anything. They can and will supersede the OSHA Regulations occasionally. They have every right to do that, read and understand their requirements.

A couple of calls we received lately show what has happened in the past and what the future could be like. One of the calls had to do with an interpretation of the Respirable Silica revisions that went into effect in September 2017. We suggested the mason subcontractor write a letter asking the construction manager (CM) to put his directive in writing and give the sections in 29 CFR 1910.1053 and 29 CFR 1926.1153 that they are not meeting. They have heard nothing back.

The other was when a safety director for a CM told the mason superintendent that he could not stock the scaffolds ahead of time. He was fuming to say the least. Once again we asked them to get it in writing. I knew that MCAA had taken a position on this several years ago. Their staff jumped on it and did the proper research and found the Letter of Interpretation issued by OSHA in October of 2003 and corrected in 2007.

This interpretation had been requested by MCAA for its members. The violation was of 29 CFR 1926 Subpart H. It basically said that since a recent modification of 29 CFR 126 Subpart L on Scaffolding, prior to 2003, if the current scaffold standards are met, the storage of materials for more than one shift would be considered a de minimis violation. Even though de minimis means too trivial or minor to consider you need to pay attention to all issues. I haven’t heard back but I believe this will end that issue until that CM decides to write it into their safety policy.