Show-and-Tell is billed as a public speaking opportunity for youngsters in elementary school. Pupils are encouraged to bring something to the classroom to show others while they tell about it. It’s possible that beyond the public speaking experience, the young audience also gains more for having visual and audio components to the presentation. From teaching a toddler how to use a spoon, a teenager how to drive a car, an adult how to change a tire and an aspiring stone mason how to handle the basic tools, show-and-tell really impacts our lives long after first grade.

In fact, the visual and audio components of learning are not very new. Life skills and craft proficiencies have been handed down throughout history, evolving into casual and formal apprenticeship programs. The Code of Hammurabi of Babylon, circa 1800 BC, required craftspeople to teach their skills to the next generation. It was one of 282 laws in this Babylonian collection. In 13th century Europe, craft guilds were formed for addressing working conditions and product quality, and apprenticeships actually grew around the Industrial Revolution through trade unions.

Fast forward to last year when President Trump signed an executive order to nearly double the $200 million now in place on apprenticeship programs. “We’re training people to have great jobs and high paying jobs,” Trump said at a White House ceremony. “We celebrate the dignity of work and the greatness of the American worker.” Wisconsin’s Governor Scott Walker signed into law legislation to permit more apprenticeship programs. Other states are following suit, and practically next door in Chicago, an innovative apprenticeship program is taking shape for improving opportunities for up-and-coming stonemasons. 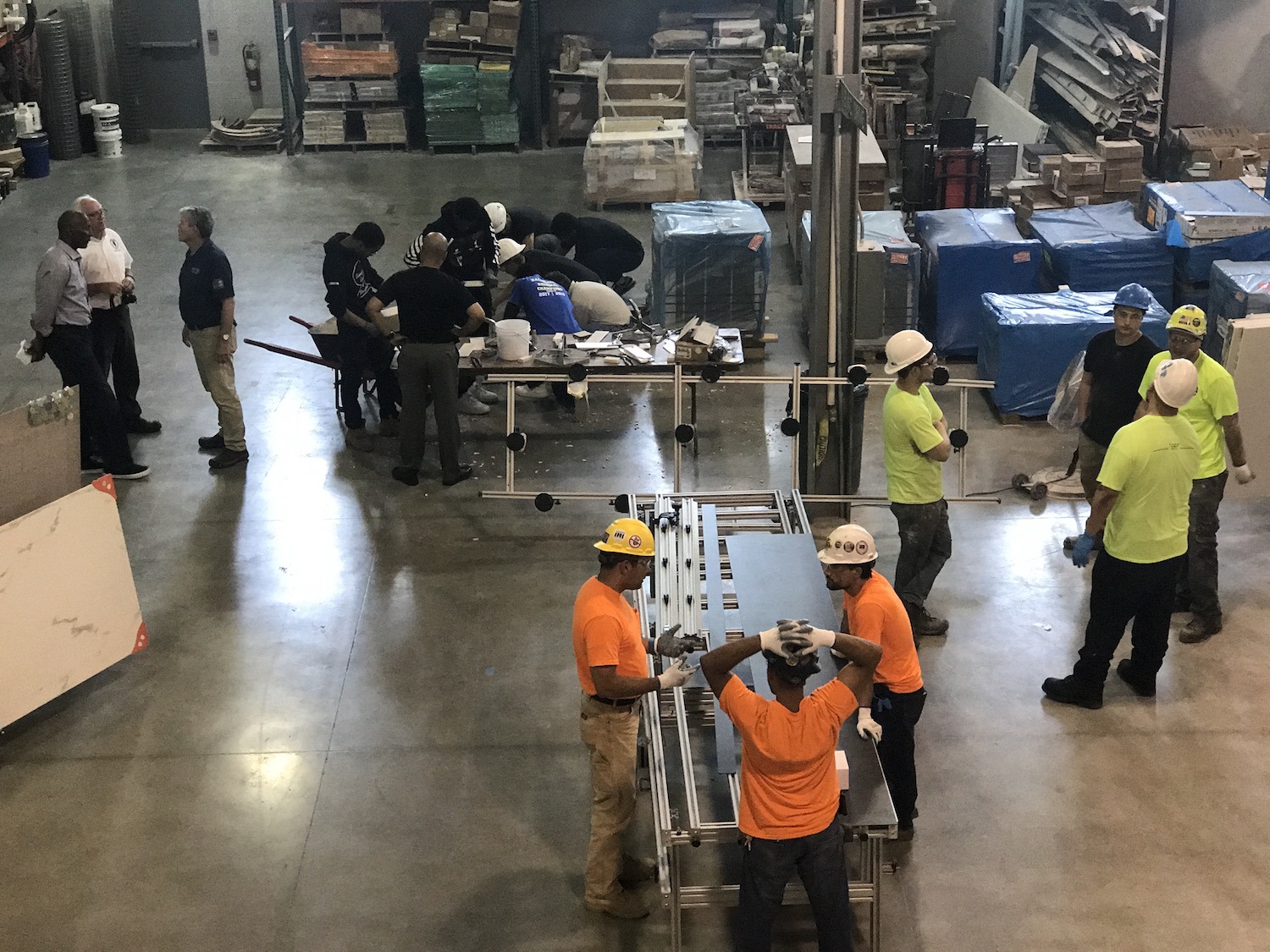 Stone masonry is one of the oldest and most highly respected trades on the planet. And though it may seem that college is the big push in contemporary society, one has to ask who is going to build the enduring brick buildings, put down brick paver sidewalks in charming shopping and mingling neighborhoods, finish patios and outdoor living spaces and craft stone fireplaces, layered rock walls, lay tile floors, construct lakefront retaining walls, skyscrapers and much more. The benefits of being a stonemason are abundant, like:

With a heart for youth searching for his and her place in the community and the world and a dedication to uncompromising craftsmanship, Larry Vacala, President of Restore Masonry, is partnering with retired NFL football star Otis Wilson to introduce school kids to the rewarding careers found in the masonry industry. “I am a contractor who does a lot of work in the city of Chicago where many of our clients require that we hire minorities and local residents,” Larry explains. “We can’t seem to find enough people who need work in the city, especially minorities and females. There is a real shortage of both female apprentices and tradesmen.” 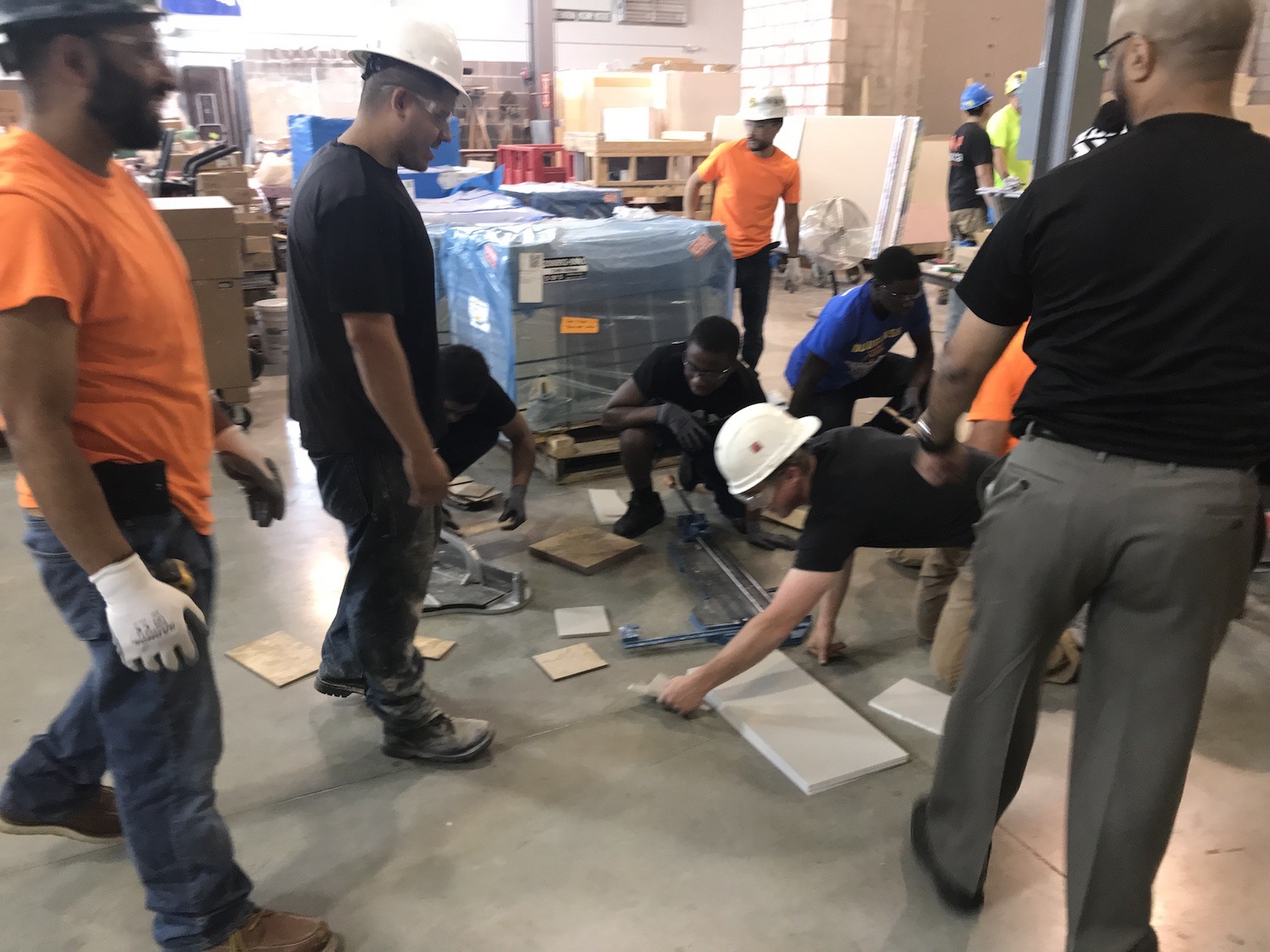 Otis Wilson played eight of his nine years in the National Football League with the Chicago Bears. His defensive skills contributed to the Bears’ Super Bowl XX victory. When he retired in 1990, he started The Otis Wilson Charitable Association to provide youth in Chicago with nutrition, physical and emotional development strategies and literacy benefits. “Over the years, we have seen great improvement in the health and self-esteem of our participants as a result of our programs,” Wilson shares. The programs are centered on 10 core values, which Wilson embraced throughout his professional football career:

Beyond the certified personal trainers, nutritionists, motivational speakers and other professionals who staff the programs, Wilson and Larry are teaming up to introduce a stone masonry apprentice program as a viable avenue to a worthwhile career for city youth to pursue. Using workspace at the District Council Training Center in Addison, IL, they started by bringing in a small group of five kids to work with the tools and learn the elementary steps in laying brick. This first experience included an introduction to tuckpoint, tile setting and terrazzo, and concrete finishing. “They loved it,” Larry relates. “They put their hands on the tools and tried laying brick and doing things. They all expressed a desire to starting working the next day!” 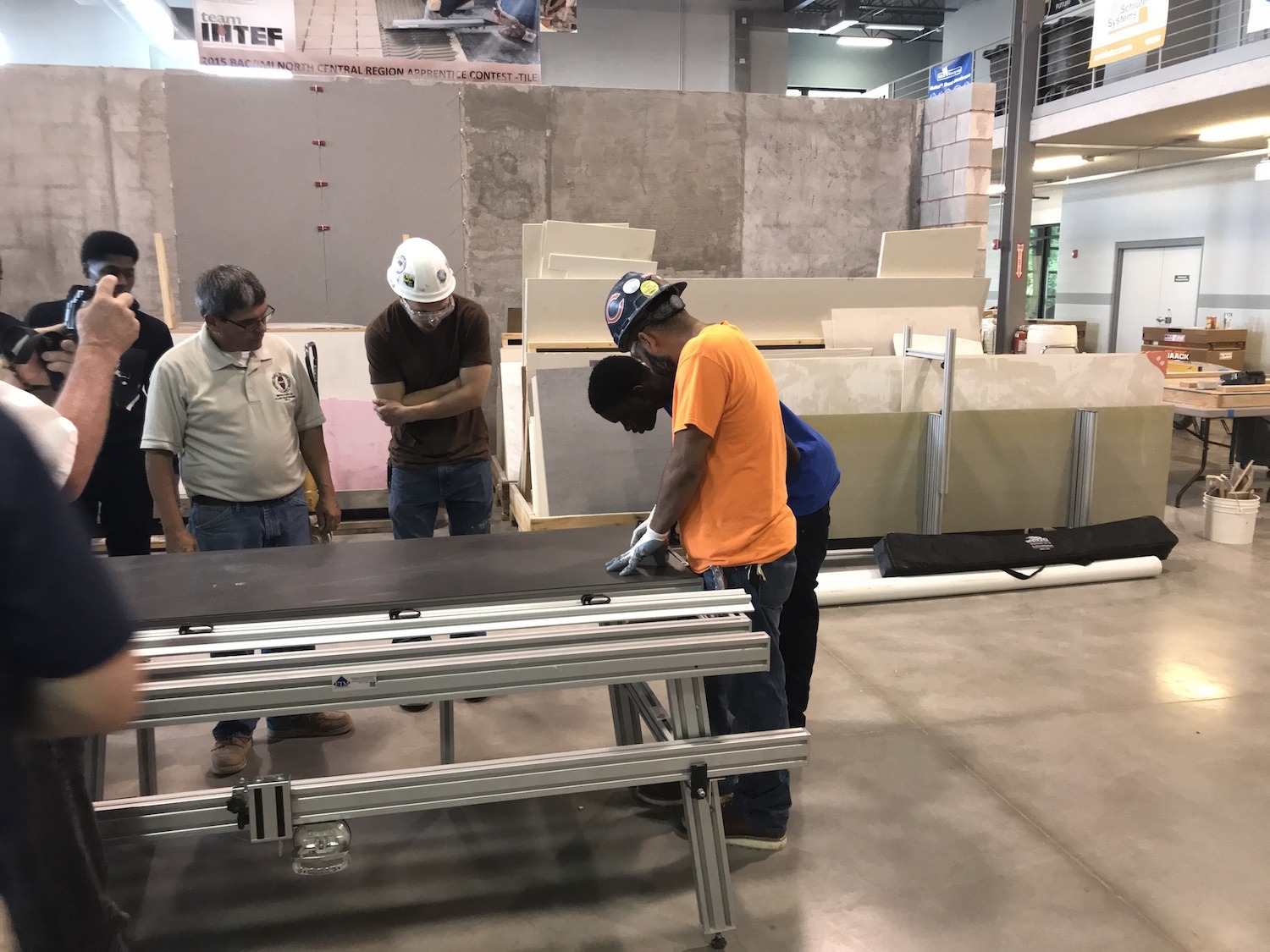 Working with the International Union of Bricklayers and Allied Craftworkers, the governor’s office and Chicago public schools, the intent is to expand the number of youth being familiarized with the masonry industry. “After one week of safety training, it’s possible to get them into on-the-job training to develop skills and enter an apprenticeship,” Larry states.

“The game plan is in place,” Wilson adds, in typical sportsman’s jargon. “We are going to try taking kids there every other week and sign up as many as we can to get them into the program and on their way to getting good jobs. I am going to keep at it until I get as many of them jobs as I can. The more jobs I get for young folks, the more people will know how serious I am about this.”

Larry and Wilson, along with their support staffs and sponsors, are integral components of not only encouraging city youth to develop masonry skills, but also part of the movement to expand exposure to a well-paying industry that needs skilled workers. Bricks, rocks, tile, concrete and associated long-lasting, eco-friendly, attractive construction products are always going to be in demand. This bodes well for developing skills that can offer job security, enhanced self-esteem and a pathway to self-sufficiency. It’s a win-win situation, which begins with the proverbial “show-and-tell” and apprentice programs. First grade could be the launching pad, albeit in a roundabout way, to a successful career as a stone mason for many a Chicago kid willing to step out and be counted among the nation’s excellent, highly respected stonemasons.

Kenny Davis, Superintendent of Restore Masonry, told the students from Fredrick Douglass Academy his inspiring story during their time at the training center in Addison. Coming from similar neighborhood and background, Kenny gave real life comparisons of what can happen if there isn’t a plan following high school. “When I was in school I didn’t pick anything up, for me to be where I am now is a miracle,” he declares.

When asked about his start in the industry, Kenny’s response was straight to the point, “I met someone who was in the industry who offered me a job.” He was going down a wrong path and happened to meet someone who had a job opening. The gentleman didn’t think Kenny would work but gave him the address anyway. On his first day on the job he showed up dressed in a brand new outfit like he was ready for a party, and by the end of the day, the outfit no longer looked that way. But he kept going back and was introduced to other people in the industry by doing so.

“Networking is a big thing too, you have to network,” Kenny advises. It turned his whole world around. The now-retired guys he’s met were shocked to see how he turned out. “It wasn’t an overnight thing for me, over time I grew and learned more and more about the trade. For me to meet the people that I’ve met, I’ve been truly blessed,” he expresses. When introduced to people Kenny tries hard to make them proud.

He made sure to let the students know if this trade is something you’re interested in doing, don’t just do it for the money. But to learn the trade itself and hone your craft, that way when he or she does go out into the world looking for work, they’ll see it. “The program they’re developing is well overdue. It’ll be a good opportunity if given the chance,” Kenny confirms.