The Chino Hills High School project was back underway and the dust issue was solved. After completion of this project, Guth went back to MK Diamond Products, Inc. and asked them to manufacture this new system. “I even offered to be the first customer and buy the first ten systems,” Guth recalled.  MK did not see the demand for this new system and declined to manufacture it. Guth continued to use their invention on more and more projects. For the next few months, he and his brother analyzed what we liked and didn’t like about this new invention and came up with a list of improvements for the system. 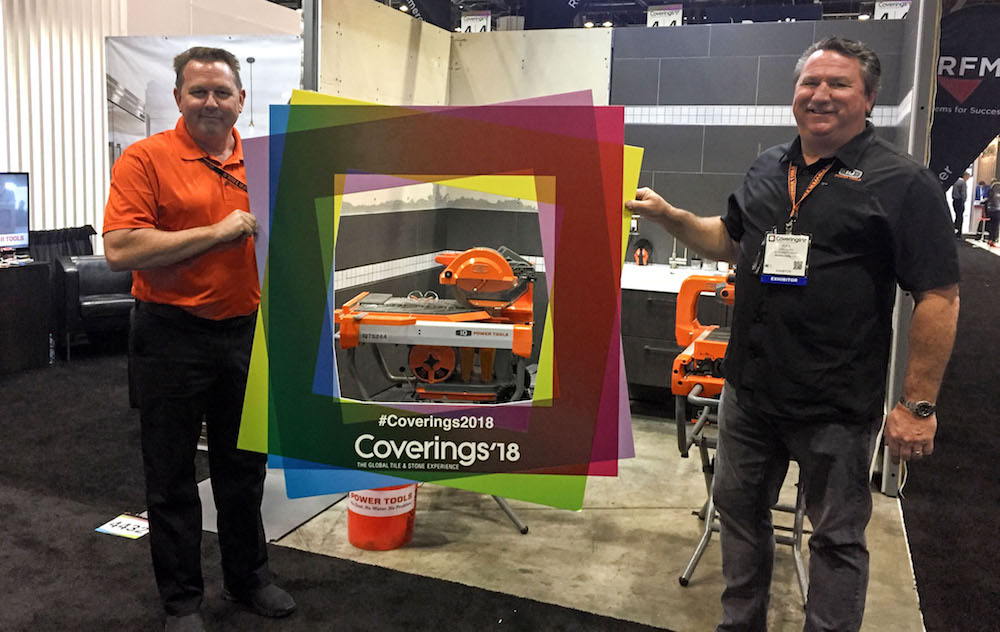 “I spent that year looking at my own safety programs, work practices, and methods. Changes needed to be made. It became very apparent that an entire line of tools would be needed to make these important changes,” said Guth. This led to the creation of a new company called Industrial Manufacturing. They leased some space adjacent to their construction office, hired additional staff, and brought brother, Paul, on full-time to develop these new products. This led to Masonry Tec Products, Inc. and the Jack Vac product line: the world’s first dry cut masonry saws with an integrated vacuum system, filter system, and dust containment.

For 15 years, Guth has continued reading up on silica, attending more seminars, and learning everything he could on the OSHA Silica Standard. “My team and I also spent the better part of a year learning the standards and regulations from 35 different countries. I spoke on the silica subject numerous times and, by devising an easy to understand mathematical example, it helped people to better understand the OSHA Permissible Exposure Limit (PEL).” Guth explained. 250 micrograms of respirable crystalline silica per cubic meter of air, or 250 µg/m3, was the current OSHA PEL.  “For years, there had been talk of a final OSHA Silica Rule being created. We knew it would be more restrictive, and we knew it was coming soon.” 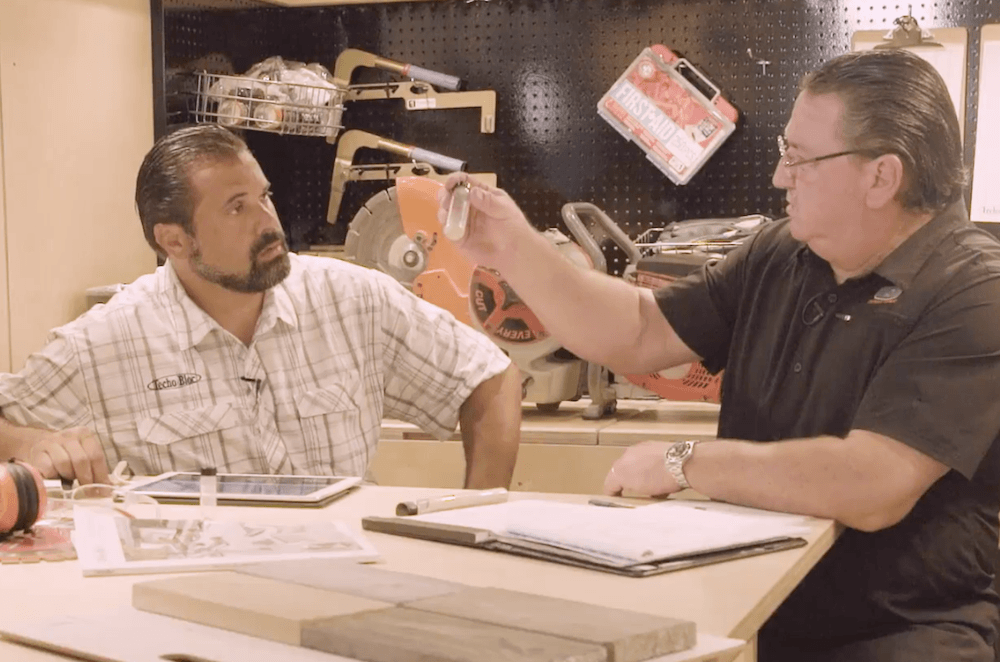 With the OSHA Silica debate growing stronger, Guth took on the challenge of OSHA and did his part to stop the all-out ban of dry cutting within the construction industry. He understood that banning dry cutting could potentially cripple the industry. Joel testified in front of Cal OSHA and Fed OSHA multiple times; he showcased the value of dry cutting and alternative methods to eliminate the dust other than water. Dry cutting using a vacuum is a cleaner and more efficient work practice. Guth is working with the MCAA and other associations to have vacuum systems added to Table 1 as an acceptable work practice within the standard.

The more Guth learned about silica, the more dedicated he became to finding a solution to the silica problem that was taking over the construction industry. In 2012, Joel with his brother, Paul, took their JacVac line of products and rebranded the company as iQ Power Tools. The Guth brothers’ passion evolved into the heartbeat of iQ Power Tools. Over the last 6 years, iQ Power Tools has disrupted the power tool industry with its innovation and desire to achieve better for the contractor. With each tool that has been released, it has been iQ’s prominent objective to eliminate the silica dust while maintaining maximum efficiency.

“The best part of being a member of the iQ team, is working for a company whose main objective is to better the industry and essentially save lives,” shares Sarah Hurtado, Marketing Manager at IQ. “Silica has become a buzzword, which has every manufacturer scrambling to make an attachment or add on to meet the new silica standard. iQ was creating this technology before anyone even cared to notice. I’m proud to be part of a company who values each contractor and is doing their part to make this world a little bit better for the rest of us – even if it’s one dust cloud at a time.” 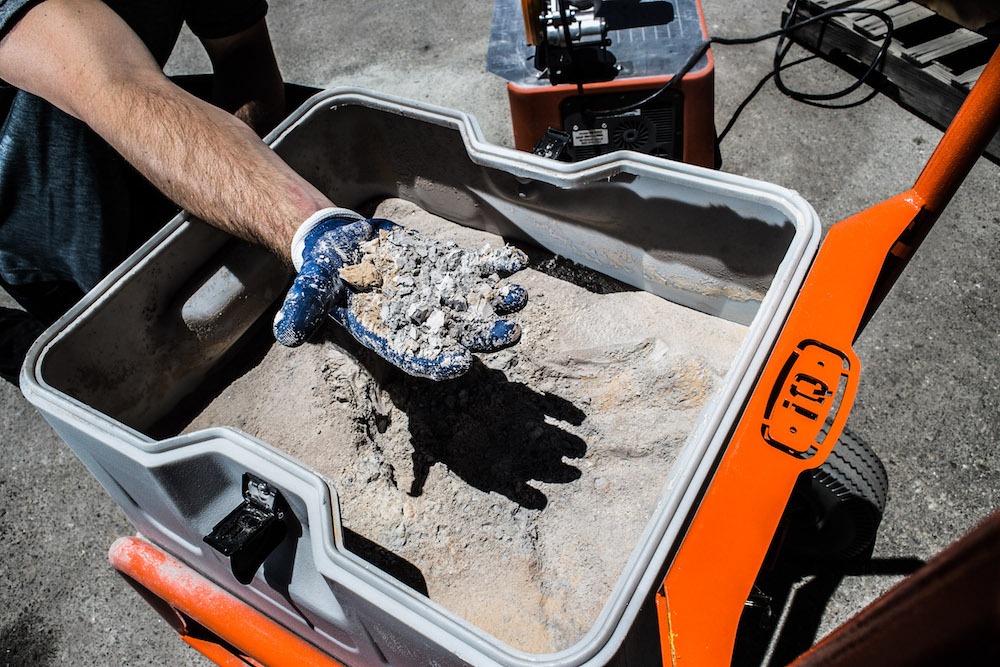 Guth’s passion for learning and constant improvement has been a needed push within the industry. His compassion and leadership have made him a prominent figure within the masonry community. Not only has Guth given the industry his dustless technology, but he has become a great speaker and teacher. He has been very vocal about the harms of silica and has made it his goal to educate contractors within the masonry, hardscape and tile industries.

Because of his efforts, there are resources and education about silica and the OSHA PEL. Guth has donated his time to write articles for multiple industry magazines concerning silica, (including Masonry Magazine), has given silica presentations at international industry conventions, as well as been a guest speaker for large construction companies training their employees about safety. After hearing him speak about silica and how it’s affected his life, his health, and the health of those he loves, it’s hard to not reevaluate your own jobsites and work practices.

Joel Guth is the perfect example of a man who saw a problem and found a solution for it. He fought for something he believed in with integrity and passion. His passion for best work practices, education, and better quality of life for all construction workers is infectious. “Working under the mentorship of Joel Guth has been the highlight of my career.  He has a vision for a healthier, safer construction industry that you can’t help but share. I consider it an honor to work for the special and innovative company that Joel and his brother Paul have built.”, says Stephanie Civello, Joel’s assistant.

There are many more upcoming leaders within the masonry industry who see Joel as a mentor and continue to push the boundaries of tradition. Guth’s innovation has taken masonry to a new level.  The war on dust is not over, but with Guth as the leader, our industry has a much greater chance of winning.