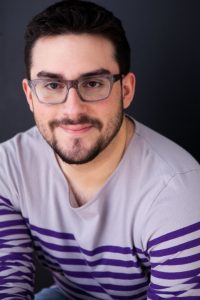 I had been to Colorado in the past, but nothing prepared me for the immense natural beauty that I’d see in Steamboat. Every morning, I made a point to wake up and go on a short walk to take in the scenery. There aren’t too many places out there like where we were privileged to go. Admittedly, it was a bit harder to breathe the thin air, but it was totally worth it.

I was never a Boy Scout, but I think my encounter with the wildlife I had should’ve earned me some type of merit badge. I was chased by a coyote outside of The Steamboat Grand. Okay, chased is a bit of a stretch. It followed me a few steps before I told it to shoo. I even suggested that the drunk man crying at one of the bar tables would be an easier meal than I would. I’m not sure how that one ended, but theoretically I could lose my imaginary merit badge.

It might be hard for you to believe, but I think what I enjoyed more than the scenery of the 2017 Midyear were the actual meetings. Part of what I love about Midyear is that there’s such an opportunity to get to know people. I had the privilege of meeting many of you last year, but it’s always good to catch up and meet the newcomers. While in the car with Lynn Nash on the way back from one of our events, he mentioned that the camaraderie is really what makes the MCAA Midyears special. I could not agree more.

I hope to be the Editor of this magazine for a long time, and have very quickly learned to look forward to each Midyear. The welcoming atmosphere combined with dedication to improving the industry is crucial. It’s a very different feel from the non-stop schedule of the World of Concrete. That’s also a very meaningful meeting, but in a different way.

As I write this month’s letter, we’re quickly putting together our materials for next year. I think you’ll find some of the things we’re looking to do will push the new Masonry even further. There’s nothing quite like our magazine, and I’d like to thank you for your insight and suggestions throughout this whole process. As always, don’t be a stranger and I hope you enjoy this issue.