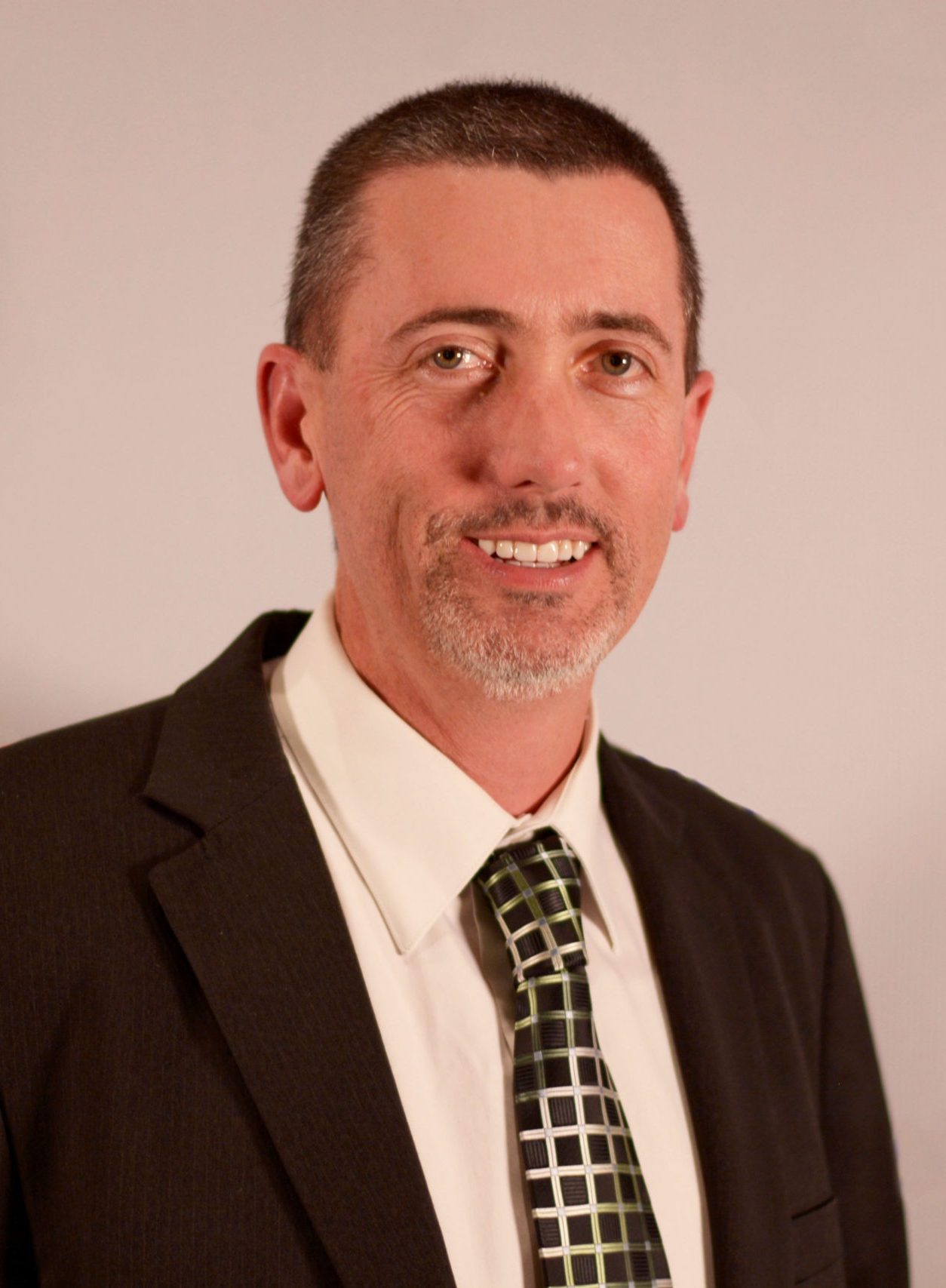 What a ride so far. It has been six years since I was asked to join the Executive Board of the MCAA and serve eight. The people, experiences, and knowledge that I have experienced so far have been of such value I can’t put it into words.

I thought I would write my first of 24 Chairman’s Messages about who Paul Oldham is. I have told my story to many over the years being involved in MCAA, but many don’t know who this young guy is. I have been referred to for many years now as “Young Paul,” which comes from the very close pronunciation of Paul Odom and Paul Oldham, and for as close of relationship that I have developed with Paul and Susie Odom, they are not my parents. That being said, Susie and Paul can call me “son” for as long as they want- I couldn’t ask for better people to be associated with.

I’m one of the odd ones in this masonry family. My father wasn’t a mason, and he didn’t even work construction. My dad has always said that I got my hands-on building skills and desires from his father, Arthur Oldham, who was a union carpenter. On top of that, I don’t claim that I’m a mason. I was sent down a different path at an early age, going to a college preparatory high school and then onto college, where I earned a BS in Engineering Management.

My real dream was to compete on the PGA tour, but that didn’t materialize. I struggled during my college years, going as far as being kicked out of the Engineering Department due to grades. But thanks to the support of my family and friends, along with a second chance from my father, I buckled down and worked my way back in. After surviving all those theory classes, I was able to excel with classes that tied to reality, and after five years, I graduated on the Dean’s List.

I was always one to want to work. Once I was able to drive, I got a job working at a car dealership and our local golf course. That drive continued in college when I applied for an assistant carpenter position with a small contractor. I worked under a lead carpenter for many months, learning many hands-on aspects of commercial construction. As time went on, the owner of the construction company also happened to be an architect. He learned that I was in engineering school and asked me to come into the office and be his draftsmen.

I worked with that firm during college after classes and weekends with a lot of late nights. I was able to experience more than just drafting (and yes, we had tables at that time, but we were mostly using CAD, Release 11.) I was able to sit in client meetings, schematic design, and design development at all the phases of a project, from what a client requested/dreamed of building to it hitting the street. This meant many long nights, correcting redline mark-ups, and delivering the sepias to the blue printer. Yes, those are terms some of you reading this will wonder what all that means…so maybe I’m not so young.

After college, I took a position with an ENR Top 40 General Contractor on a 300+ million-dollar auto plant building project. Something I want to point out is, even for those that finish the college track, it’s important to remember that you more than likely will come out and step backward for a while to understand the reality of your job. School does not teach that to you, nor give you those tools. During that time, I spent 15 hours a day onsite doing everything from RFI management and submittal paperwork to holding the dumb end of a tape, (I still don’t know which one that is), or a survey pole. I learned more from that project than I had in all five years of college when it comes to building.

Nothing against my formal education, but the people I worked under shared and allowed me to grow — especially the architect onsite, John Clark. I will never forget Mr. Clark. He worked for Giffels and Associates. Mr. Clark didn’t cut any slack during the day: if I brought him an RFI (no email going at that time) that he could answer within five minutes, I heard about it, and loudly. But many nights after work, many of the guys from the site would converge on the local VFW establishment to unwind playing darts or shuffleboard, including Mr. Clark. He would spend time with me there, explaining to me what I did wrong or could do better. I couldn’t thank Mr. Clark enough for what he taught me.

This project is also where I was introduced to masonry, as we all complain and try to change. Most engineering schools do not teach masonry. My mason contractor on this project would eventually be the contractor that I cut my masonry teeth with. There was a GC that also self-performed masonry. I was hired to project manage the GC side of things for the gentleman that was to retire soon. My first week of employment, the new Cincinnati Bengals stadium came out for bid- and who’s desk did that hit? Mine. I had never estimated masonry, but my new employer had tremendous faith in me (or some said had lost his mind). I buckled down for four weeks, asked a lot of questions, produced a bid, and we got it.

There was some crazy backchecking going on in that office for a few days after that public bid was read. We did the project, and it turned out to be a good project for the company. I stayed involved in the GC side of operations, also helping with many school projects and self-performed concrete projects. I left the company for a short period of time after the football stadium project due to some differences of opinion, then worked for a couple of developers and understood that the game wasn’t what I wanted to really do. And then, my previous employer bid and was awarded the New Reds Baseball stadium masonry scope of work. After a few meetings at a local establishment, my former employer-owner and I came to an agreement, and I returned to manage the single largest contract for this company. I will say, still to this day, that was the best project I have been part of. In just the past couple of months, I had conversations with other subcontractors from that project, and we all still are agreeing on that point. We will discuss why that was in a future message.

Unfortunately, a year after that project, the founder of our company, James Batts, passed away, and after trying to keep things together the next couple years, I had to part ways. The faith Jim had in me allowed me to grow and learn so much about the masonry industry and business, and I couldn’t thank him enough. There will be many that read this article that knew Jim Batts. He was hard to get to know, but had one of the biggest hearts I have ever seen once you got past the surface. He was the one that taught me you have to give back to what gives to you. He is a large part of why I accepted this journey with the MCAA Executive Board, and I would encourage many of you to embrace that thought and passion also.

One down and 23 to go. Thank you to the membership of our MCAA for allowing me to serve in this capacity. I also want to thank my family, friends, employees, and business partners in supporting me in this journey. Without all of them, I couldn’t do it.

Forklifts: An Integral Tool On...
TMC and NCMCA Meeting Recap
GEN NXT April Ruiz
Contractor Q&A: Rain Days
Chairman’s Message: A Chairman’s Introduction
Staying Safe by Speaking Up
What a Great Start to...
Building with Trust
Contractor Tip Of The Month:...
The Fechino Files: Importance of...
How Predictive Modeling and Data...
On The Level: Keson and...
Creative Design: Transforming Stone into...
Technology and How it Will...
The New Sustainability: Why Everything...
The Fechino Files: Mentors
J. Paul Getty Museum: An...
Drones In Construction – Easier....
The Importance of Brick Veneer...
Painter’s Corner: Ethics MCAA Style
Get Your People To Do...
The Big Four
A Fond Farewell: Chairman’s Message
Contractor Tip Of The Month:...
Lies, Lines, and Regrets
GEN NXT: Julie Rainville
Manufactured Stone Maintenance: Keeping Stones...
A Different Kind of 3...
MASONRY MADNESS® 2020: Challenging the...
What Is the South of...