The Best Show Yet 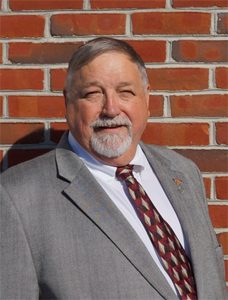 As I sit on the plane returning home from the 2019 World of Concrete, I am trying to make sense of my late night notes and what little memory I have left. I believe this year’s MCAA annual meeting could qualify as one of the best. The classes were well attended and the annual meeting and committee reports played to a full house.

The competitions on Wednesday were very good and the scores were pretty close. In the Skills competition, everyone did a great project. I’m sure I could have taken all the competitors back to my state and had them in an apprentice class and working full time in a couple of days. They were very good. Several of the projects could have bested many of journeymen’s work. Even some of the ‘speed’ projects were very close to salable especially the CMU as ‘stucco’ work.

The classes by MCAA on Wall Bracing and Respirable Silica were well attended and had very good discussions. This is what I mean when I say “know your business.” As a mason contractor, your customers expect you to be an expert. Seminars and trade shows are part of the learning process. It is better to learn in advance than to learn by crisis management. Thank you, MCAA for providing the vision and means for contractors to learn to be more productive, safe, and profitable.

I also started remembering some of my earlier trips to MCAA’s trade shows. One, in particular, was in Phoenix and I took my father. We were walking the aisles and someone called him by name. It was a rep for a level company that had a new digital readout level. You could also get the digital unit and snap it in any length rail/level. The gentleman showed Dad the product and gave the sales pitch and then ask him if he should purchase and carry some home to our masons. I will never forget his response. Biggun, if I can’t get them to get the bubble between the black lines on their levels now, how am I going to get them to understand a digital readout in degrees. It made perfect sense to me. Then he asked if the guy was someone he was supposed to know. My answer was “no Dad you’ve got a name tag on”. He then turned it over.

At that same show, there were apprentices building projects. We walked by several times and stopped and watched. I looked away and Dad had stepped across the rope and went up to one of the young men and had trowel and level and was showing him how to use them. I was trying to get him back out so the young man would not get in trouble and explaining that he couldn’t help him. He told me he wasn’t helping him on his project. He was teaching him how NOT to hit on his level with the trowel handle. He was always about doing it the right way. Tools were sacred because without them you can’t make a living. I asked him many times since to go with me but his answer was always the same. Somebody has to stay here and get the brick in the wall.

Once again thanks MCAA for a great meeting and show.

Until the next time, RAISE the LINE and come on around the corner.