“Out of the Box!” Effective Leadership— Then, Now & Forever 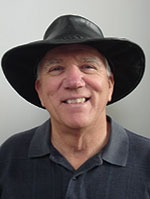 You know me by now. My opinion on where to find some of the best examples of leadership often takes me straight to the military. So…as you read this column in March, I want you to look ahead to April 18, a day of triumph which, by the way, was only achieved because of a day of devastation—a ‘Day of Infamy’.

As many of you know, December 7th, 1941, was the day that the U.S. Navy base at Pearl Harbor was bombed by aircraft from the nation of Japan, causing the US to enter World War II the following day. Making it worse, as the war was declared, the US lost a significant part of its navy.

On that day, eight battleships were either destroyed or damaged, along with three heavy cruisers, three destroyers, four auxiliary ships, plus 2,403 killed and 1,178 wounded: a total of 3,581 lives changed forever.

Such was the chess match now in front of the country. Think it might just take some great leadership to get out of this mess? Truly a time to lead from the front in a situation like this. Read on.

“But Coach, but Coach…” I hear you asking “…why tell us about ancient history? How does this apply to our business?” My reply: bear in mind the old saying… “Those who do not learn history are doomed to repeat it.”

Team…ever suffer a serious loss on a project, a jobsite, or to your personnel? Did you get through it? Of course, you did. But just HOW do you get through it? My guess, it begins with planning and ends with execution, right? Which is exactly what America had to do—and did. Part of the country’s history, legacy and greatness today stems from its reaction to this challenge back then, just as it had in times previous, and certainly in times coming after this loss. These sorts of lessons are exactly the teachings you need to know deep down and be able to apply them at will to your own circumstances in your business or personal life.

The Strategy—According to ‘Coach Gary’

Coach says: figure it out because there’s always a way

While salvage and restoration were going on, a daring, new plan was put into place, led by Lt. Col. Jimmy Doolittle. Here’s his plan: Attack and bomb Tokyo by air—something everyone, including the Japanese–thought impossible because of the expanse of the Pacific Ocean surrounding its islands.

Doolittle recruited 79 other airmen to join him in a super-secret, extremely dangerous mission. The airmen knew nothing about the whole plan (except that they were selected because of their skills to get their planes airborne in a very short distance!) and that the chances of success were minimal, failure risk was high, as was the chance of not returning from the mission. Even so…the colonel got his guys.

By the way, the 80 Army Air Force crewmen would be flying B25 bombers, launched off the deck of a US Navy aircraft carrier—something never achieved prior. It was an idea hatched, of all people, by a submariner! These bombers normally used 1,500 feet of runway to take-off, while the carrier had less than 500!

The aircrews were to launch with 2,000 pounds of bombs each, hit their targets, fly across enemy country and land in China, which had already been invaded and was occupied by Japanese troops. They had to land there because there was not enough gas aboard their planes to return to their ship.

It took great planning to accomplish all of this—most of which did not go according to plan. However, all 16 bombers, with five crews aboard each, were successful in launching off the carrier deck and hitting all their targets. What was not successful was landing as planned, as 15 of the 16 ran out of gas or ran so low that they either crash landed, bailed out, or landed in the wrong country. Eight crewmen were captured, three were executed, many were imprisoned. Two planes landed in the ocean, one landed in a lake. But, 64 out of the 80 survived.

Coach says: cue the ‘Rocky’ theme music, get up so you can get going

Col. Doolittle, upon hearing how his aircraft fared, assumed his mission to be a failure, yet it was seen as an unbridled success by the country. It was the first good war news in a very long time for America. The enemy realized its vulnerability, and that small, brave attack, led directly a few months later to the huge “Battle of Midway”, where the US Navy prevailed, Japan lost four aircraft carriers, a number of other ships and the course of World War II was changed. Nothing succeeds like success.

Coach says: sometimes even a moral victory or a tiny win now moves you in the direction of victory

Let me challenge you to Google the term, Doolittle raid carrier attack. Watch that snippet of video. The attack was a crazy idea—beyond crazy! Yet…beyond successful it was. (BTW, leading the attack, the first plane off the flight deck was piloted by Doolittle himself, of course.)

I love this example of out-of-the-box leadership—the utter impossibility of mission success—as viewed by most people. Celebrate with me this April 18th the 77th anniversary of this history-making event, so important in the scheme of world affairs, and resolve to adopt this can-do, out-of-the-box, leading from the front approach when it comes to tackling the impossible in your own life.

Coach says: It’s not a loss unless you give up. A loss is simply the next place to begin, so lead from the front!