Contractor Tip Of The Month: You Have Acres of Diamonds to Harvest Right Below Your Feet

You Have Acres of Diamonds to Harvest Right Below Your Feet 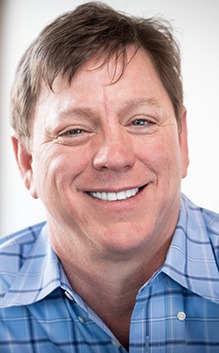 Before you go looking for a new occupation or a new location that seemingly has more opportunity, search deep inside your own mind to determine what you can do to expand your services in the areas you already access.

I learned through the writings of Earl Nightingale that one of the most interesting Americans to live in the 19th century was a man by the name of Dr. Russell Herman Conwell. Dr. Conwell was born in 1843 and lived until 1925. He was a lawyer for about 15 years before becoming a clergyman.

Dr. Conwell was tremendously intrigued by a true story with an ageless moral. The story was about a farmer who lived in Africa. From the advice of a visitor, the farmer became tremendously excited about looking for diamonds. Diamonds had already been discovered in some abundance on the continent, and this farmer got so excited about the idea of millions of dollars in diamonds that he sold his farm and headed out to strike it rich by discovering a diamond mine. As years went by, he wandered all over the continent, constantly searching for diamonds – diamonds he never found. He wound up completely broken by the whole thing, threw himself into a river, and drowned.

Meanwhile, the new owner of the farm found an unusual looking rock that was about the size of a country egg. Out of curiosity, he placed it on his mantle. When a visitor stopped by and examined the rock, he practically went into convulsions. He told the farm’s new owner that the funny looking rock on his mantle was about the biggest diamond ever found. The new owner of the farm remarked that the whole farm was covered with these funny looking rocks. Surely enough, it was.

The farm turned out to be the Kimberly Diamond Mine. This land was the richest with diamonds that the world had ever known. The original farmer was literally standing on “Acres of Diamonds” before selling his farm to go looking for diamonds elsewhere.

Dr. Conwell learned from the farmer’s story and continued to teach the moral of the story:

These are some of the best lessons I have ever learned, and it has kept me grounded with business locations in Waterford and Malta, Ohio. Both these areas are where most people see very little opportunity to prosper. Luckily, for me, I could visualize the opportunity, and found tremendously talented people (acres of diamonds) to help me build companies in these locations.

I know many contractors who were very skilled at certain trades, but became upset with a bad job, a difficult situation or a bad year. Then, they closed their businesses searching for another occupation. Some left their locations in search of better opportunities elsewhere, without having harvested the diamonds that were beneath their feet.

A local contractor told me he was leaving our area to go to work in Texas, since there was so much more opportunity to build a company there. Seeking my advice, I told him the opportunity is right here as I have built several profitable companies and never had to leave the area to do it.

I could tell his mind was made up before he asked me for advice. He headed to Texas anyway. After finding the business potential in Texas wasn’t what he thought it would be, he moved back in Ohio and is, once again, building his business.

This contractor is young, and I don’t blame him for seeking adventure to find out what the world has to offer. However, he quickly realized that Texas wasn’t all it was cracked up to be. He was wise to leave and return quickly to harvest his diamonds back in Ohio.

Often in business and in life, when situations don’t seem they could get any worse, they actually are about to take a turn for the better. If we quit or go elsewhere before our situations turn for the better, we won’t be there to harvest the acres of diamonds that are right below our own feet.

Damian Lang is CEO at Lang Masonry Contractors, Wolf Creek Construction, Malta Dynamics, and EZG Manufacturing. To view the products and equipment his companies created to make jobsites more efficient, visit his websites at ezgmfg.com or maltadynamics.com. To receive his free e-newsletters or to speak with Damian on his management systems or products, email:dlang@watertownenterprises.com or call 740-749-3512.