We’ve heard of industrial robots building a block structure in record-making time. We’ve also seen outdoor construction robots. Then Fastbrick Robotics (soon to be known as simply FBR) introduces its Hadrian X. This one may be the instrument that revolutionizes the industry. But why? What’s so special about it? The answer may be in its timing.

Throughout the year this magazine has brought you news about software applications such as BIM for Masonry, 3DiQ, and the Masonry Unit Database. It has featured promising tools such as Construction Robotics’ SAM and MULE. These technologies enable crews to do more complicated beautiful work, cut costs, help contractors produce more accurate proposals, and develop a more refined language with architects. These apps and robotics may also become a part of the social fabric of the U.S. and other countries.

The Hadrian X may be the most visible part of that revolution.

What Makes This Different?

Developed by FBR, it’s being touted as the world’s most advanced construction robot. While not completely ready for major market adoption, mechanical assembly of the Hadrian X was completed in June, after which FBR began the testing and commissioning process which is currently scheduled to be completed before the end of the calendar year. 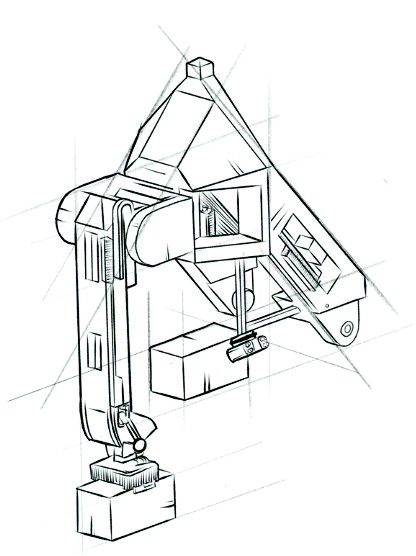 Builders in Mexico and Australia are hoping the Hadrian X can unlock doors by helping them combat their shortage of affordable housing. And what about American mason contractors? Can they see the technology as a means of upending the labor shortage and an aging workforce? How could the Hadrian X possibly do something like that? By doing the grunt work. By eliminating grueling, body-battering work that chips years off a mason’s life.

Let’s take a peek behind the magic curtain of this machine that promises to make construction safer, faster and cheaper by completing the end-to-end bricklaying of a house in as little as two days.

Imagine a massively sized Pez dispenser attached to a gleaming white cab-over-engine truck. Pallets are loaded into the back of the Hadrian X, automatically dehacked, cut or routed as necessary and transferred to the boom where an arm lays them with the utmost precision. It places up to 1,000 standard brick equivalents per hour via a 30-meter (almost 100-foot) boom. Its placement margin of error is less than one millimeter. Imagine that precision at this sort of speed.

The Hadrian X can also use a range of different size brick or block products. Testing currently underway is being carried out using blocks 12 times bigger than the standard which are also lighter, stronger, and void of traditional mortar and rebar. It uses construction adhesives instead to hold blocks together, saving valuable hours and days of waiting for mortar to dry. 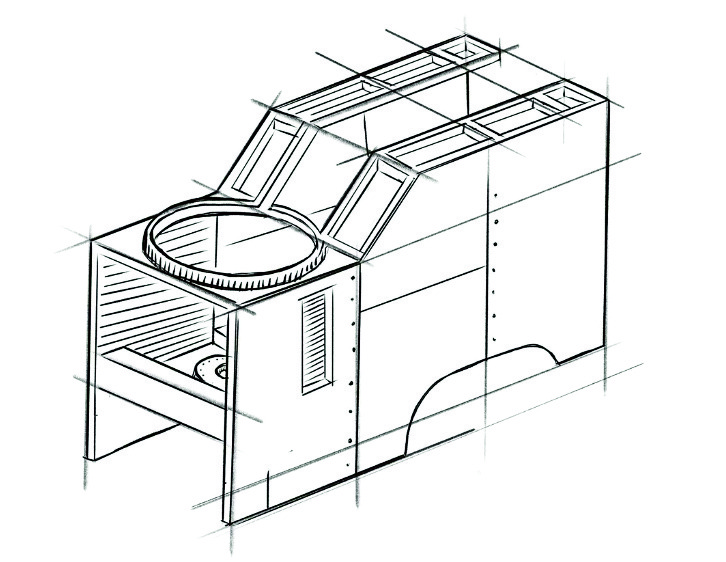 The robot can also be mounted onto other bases: tracks, barges, boats and cranes, which inherently extends its usability on a variety of sides and projects. That significantly reduces a contractor’s need to have crews working at height, therefore creating a side effect of enhanced safety. Furthermore, with repetitive, back-breaking work done this way, masonry contractors can put their crews on more detail-oriented, higher-earning work.

What’s guiding the machine? An intelligent control system. The contractor programs the Hadrian X with a CAD model of the project’s/building’s design. This ready-made precision extends additional benefits to contractors: it calculates the project’s materials list and therefore reduces waste through precise planning and calculation.

Another competitive edge that makes FBR’s Hadrian X stand apart from its precursors: Dynamic Stabilisation Technology™. This is what helps FBR take root among the bricks and blocks, keeps it going steady and strong in outdoor conditions such as wind and temperature variations. 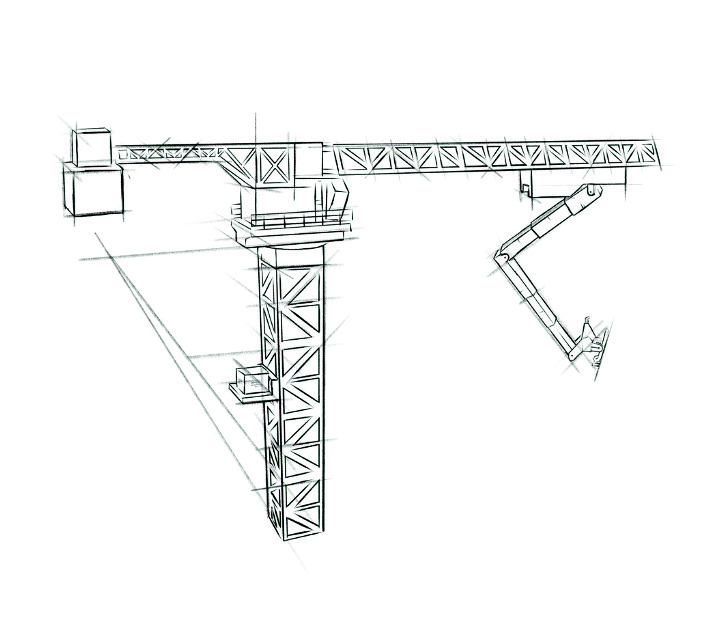 “The computer program measures environmental factors an astounding 2000 times per second, then accounts for them in real time,” according to a phys.org article. Visually speaking that translates to the Hadrian X’s ability to hold a 20-kilogram block steady in a 20-mile-per-hour wind. Nothing else offers the agility this robot does.

Watching this video of the Hadrian X at work may bring about an understanding of why Caterpillar teamed up with FBR and invested US $2 million in 2017 (with an option to invest another US $10 million): https://www.digitaltrends.com/cool-tech/fastbrick-robotics-bricklayer-robot-hadrian-x/

Mexico is doing more than investing, however. GP Vivienda, the housing division of Grupo GP, one of Mexico’s largest construction companies, has teamed up with FBR in an effort to overcome the country’s housing shortage, a social issue found in Australia too. 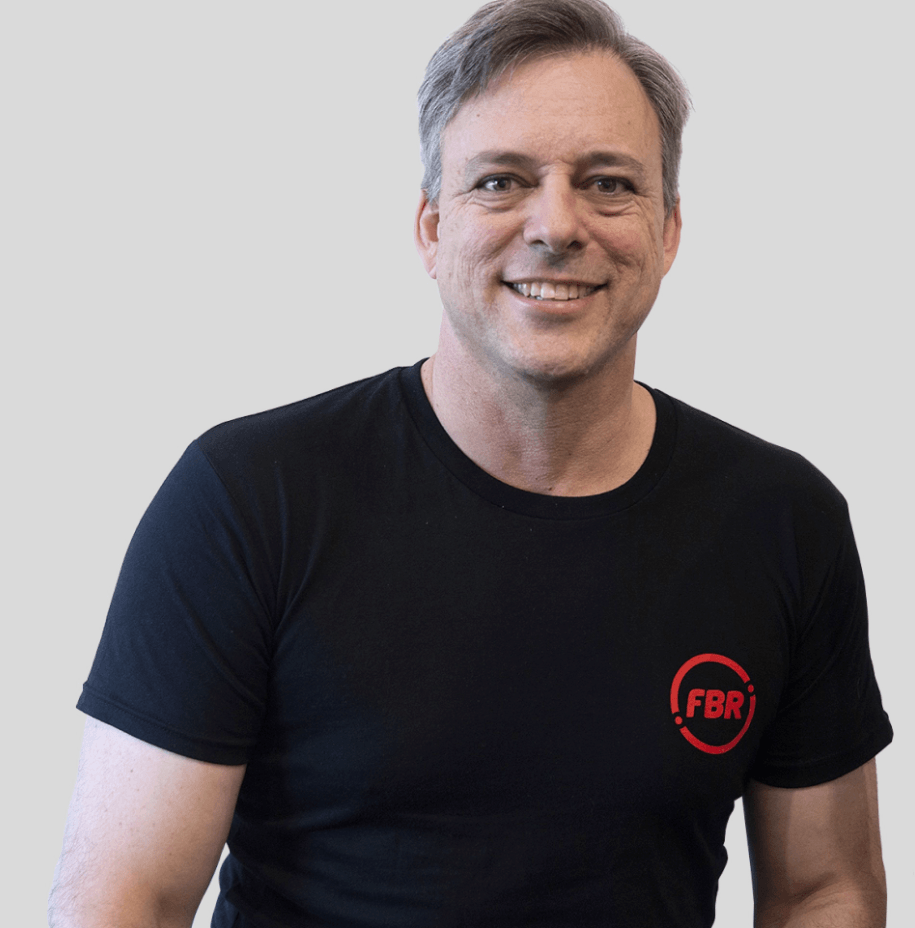 “The Hadrian X presents a solution to Mexico’s acute shortage of well-constructed affordable homes, with access to the necessary services like schools, parks and commercial areas,” FBR’s CEO Mike Pivac said in corporate materials announcing the agreement. GP Vivienda is an ideal partner because of its adaptability and willingness to embrace technology. The company has sufficient scale to offer an excellent proving ground for the Hadrian X and future DST™applications in North America.

“This collaboration with FBR is the next step in Grupo GP’s long and proud history of innovation within construction– an important step that will allow us to push the boundaries and set the pace for Mexico’s construction industry of tomorrow,” he said. 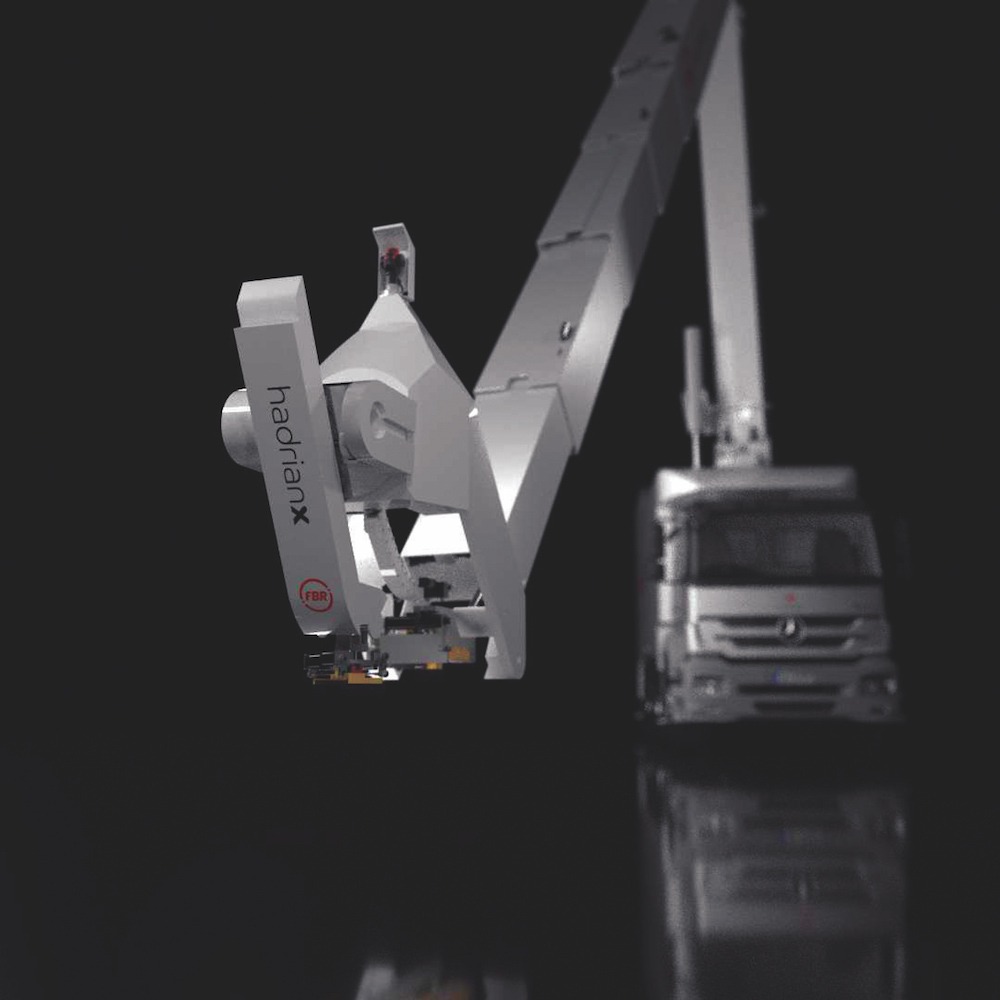 The majority of construction in Mexico is low-rise brick and block, according to analysis from FBR’s global strategic business advisor, EY-Parthenon. Three-story affordable housing is the most popular manner of residential construction. In the face of a deficit of some 8.3 million affordable housing units, this connection with FBR means a business opportunity may help solve a social issue. America has a similar social problem.

Floods, hurricanes, earthquakes and other natural phenomena have become an almost common part of North America’s weather conversation. Memories still flutter through our minds of the FEMA housing in Florida that became long-term after hurricanes criss-crossed the state in 2004. We haven’t forgotten that Houston’s AstroDome sheltered Hurricane Katrina refugees the next year. The Hadrian X could potentially help construct reliable post-disaster housing in a timely, cost-effective way.

For now, though, and beyond its global and social usefulness, what does this technology mean for masonry contractors?

“Masonry contractors benefit because their crews will no longer have to do repetitive lifting of cinder blocks and other heavyweight objects,” said FBR’s Chief Innovation Officer Steve Pierz. “We look at the Hadrian X as allowing masons to focus on their craft and fill their days with doing higher-value tasks.” 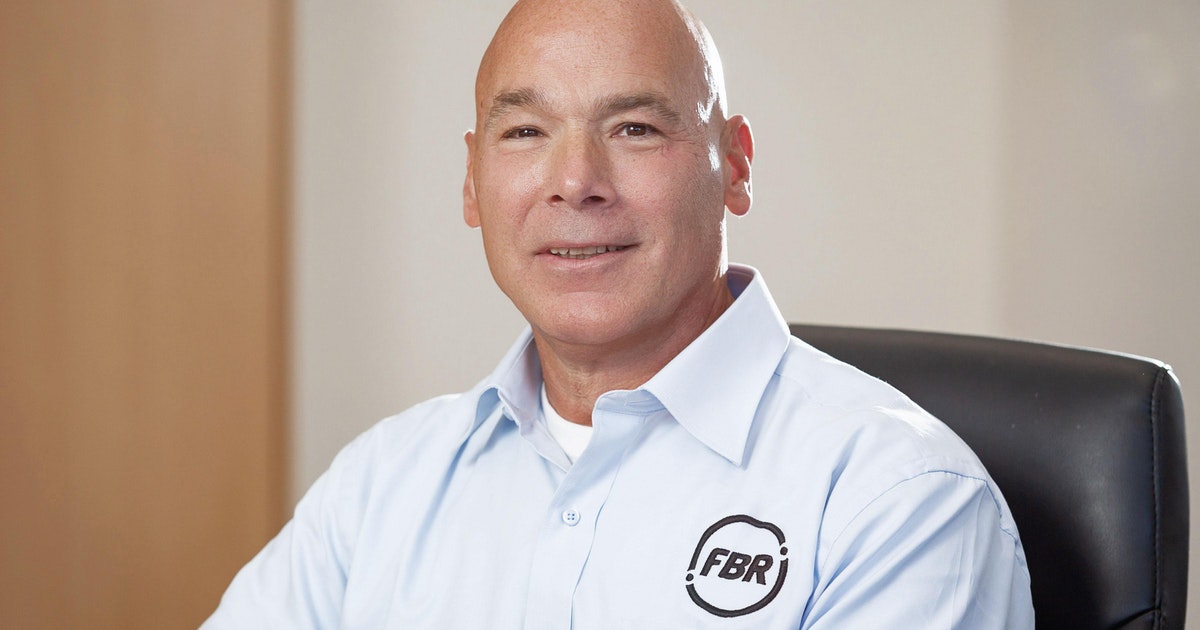 Pierz, who talks to masonry contractors and builders across North America, knows their concerns full well. He understands that contractors and their crews might eschew any idea of the Hadrian X and other automation machines. However, not all disruptive technologies shut down the industries they change; they often add more layers to them.

He offers the example of Airbnb. The dot-com didn’t crush the hotel industry. It added another option by empowering homeowners.

Automatic teller machines are an earlier example. They didn’t make bank lobby tellers obsolete, as they were predicted to do. Instead, to this day, they allow human tellers to work on other, often more complicated tasks— with the added benefit of simultaneously shortening the lines bank customers wait in.

Pierz offers another example, one that hits closer to home: Building Information Management. BIM hasn’t brought about the demise of general contractors and engineers. Instead, it’s saved the industry significant dollars and averted hassles that formerly crippled projects. How? By showcasing inevitable errors before those errors cost materials and man-hours. 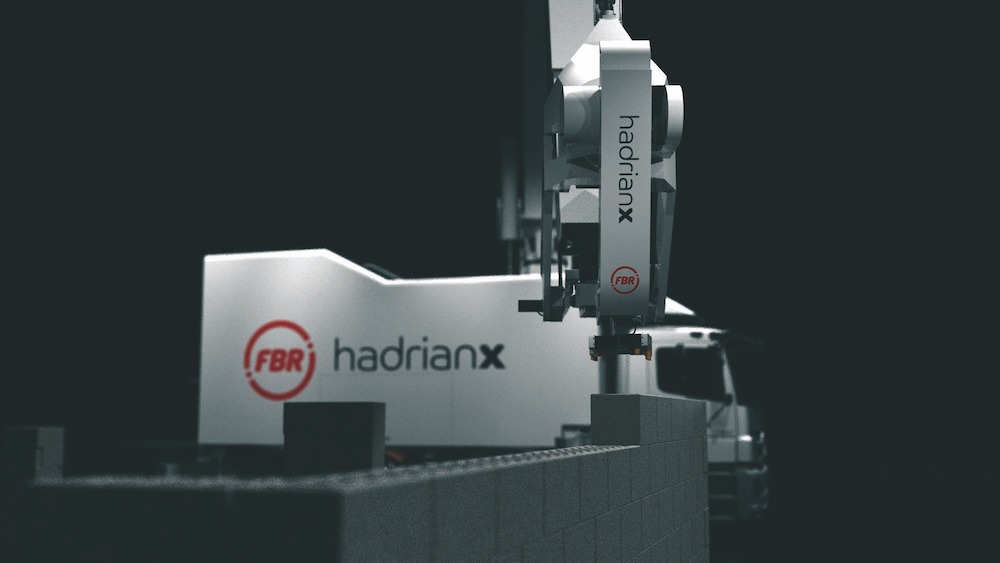 The Hadrian X cannot replace masons entirely. It wasn’t designed and developed to do so. It could revolutionize the industry though. Perhaps it will inspire a call for more masonry in new building designs. Perhaps it will become the indispensable tool that helps us overcome this labor shortage and attract a new generation to the field. Surely we cannot fathom the way it will affect the industry — only time will tell.