For this installment of the GEN NXT series we got the opportunity to talk with 2018 Post Secondary SkillsUSA winner Ashton White. She is currently interning with Gates Construction Co. in Mooresville, NC. Ashton is one of the younger people we’ve had the chance to interview. She is a great representation of the future of workforce development.

Masonry Magazine: For starters, congratulations! How did it feel to win?

Ashton White: It was awesome! I felt really good, because I was actually kind of nervous the whole week up until the point they called my name. Then I was like “yes!” It was really crazy.

M.M.: How did you prepare for the competition? 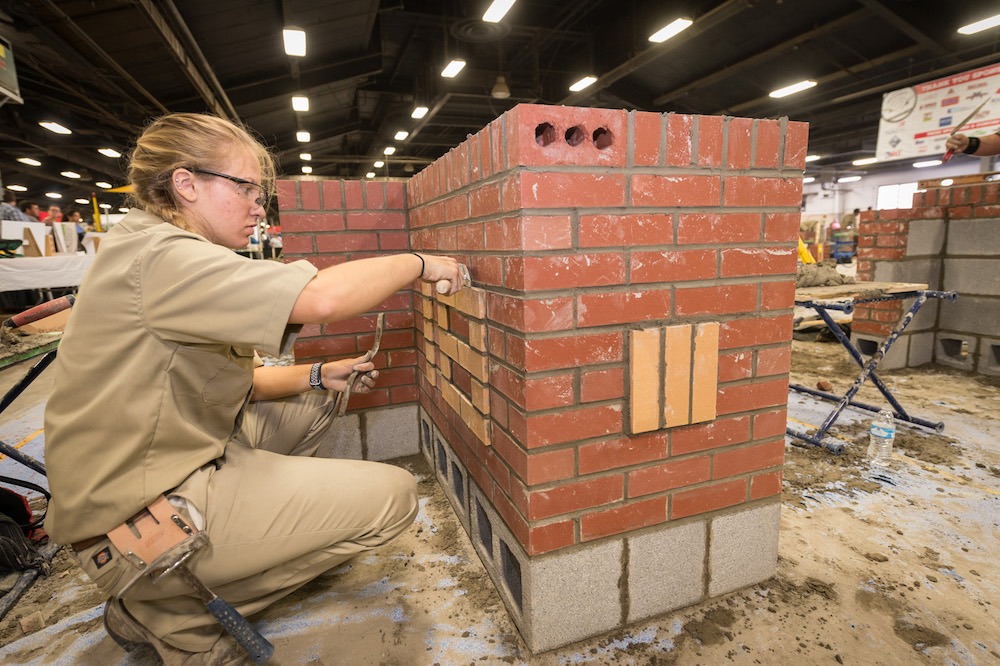 A.W.: I would go to my old high school, which is West Rowan High School, I would just lay the projects they’ve done in the past and practice multiple styles of bricklaying. That’s what I did.

M.M.: Would you eventually like to compete in the Bricklayer 500?

A.W.: Once I won nationals and got back into the office the guy I’m interning with told me we have to start getting ready for the apprenticeship competition next May. So I’m going to be doing that, if you win that you go to Las Vegas to compete in the Skills Challenge. But the Bricklayer 500 would be really cool to do, because I’ve seen those guys and it is awesome!

A.W.: I went to a competition when I was a sophomore in high school and I saw a lot of people from our school competing. They were doing the project, and I got really interested in it. I found out they offered it at my school and was shocked. My junior year I got into it and went from there. I really love being able to work with my hands and seeing things that I’ve built. Then I was like, “hey I want to do competitions,” so that’s how I got into that.

M.M.: That’s awesome. Do you have any family in the industry?

M.M.: How does your family support you with your career path?

A.W.: They’re all for it, they think it’s so cool. They told me if I really like then I should go for it. They’re really supportive.

M.M.: You’re with Gates Construction Co., what is your day-to-day like?

A.W.: I’m an intern with one of the project managers and he’s working with me, teaching me how to estimate projects, and take them off so we can get a price for a project that we get a bid on. I’ve learned how to read plans and forms, and how to use the computer for things like that.

M.M.: How long have you been an intern?

A.W.: I started early April, after I got out of school.

M.M.: In the future do you want to do more project managing or work out in the field?

A.W.: I’d like to do a little bit of both, right now I’m trying to experiment with what I like best. But I think I like being out in the field, laying brick and block a little more.

M.M.: Have you had any challenges thus far?

A.W.: Yes, when I first started competing. Whenever I was in the shop I would do pretty good, then I’d get to the competition and it’d feel like I didn’t know what I was doing. My first few years competing I’d place 10th in the state out of 60-70 people, which is ok, but it wasn’t the best I could do. Then after high school, everything just clicked. It was weird, I knew I always had it in me but it didn’t come out until now.

M.M.: What’s going to keep you interested in the industry?

A.W.: In general I just love the industry. Everyone has been so nice to me, everybody that I’ve talked to have been so welcoming and inviting. I’ve experienced a lot and enjoy being in the industry.

M.M.: How does it feel being a woman in the industry? Has anyone discouraged you or made you feel like you have to work harder?

M.M.: What has your experience working with older people in the industry been like?

A.W.: All the older guys in the industry that I’ve encountered have been nice to me. So I can’t complain about anything, they’re not rude to me or make any negative comments to me. Unless it’s over Facebook, there was one guy saying some rude things about women in the industry. But a lot of people responded back to him like, “it’s 2018, move along.” I think the comment got deleted, and then he made another comment. The comment said “stick to making sandwiches,” like you’ve got to be kidding me.

M.M.: What is your proudest moment?

A.W.: Probably winning nationals, the thrill of that. I was extremely excited to win. I was super nervous because I didn’t do as well as I normally do so I thought another guy may have beaten me. But I was shocked to see I won. I don’t even think that has sunk in just yet, honestly. 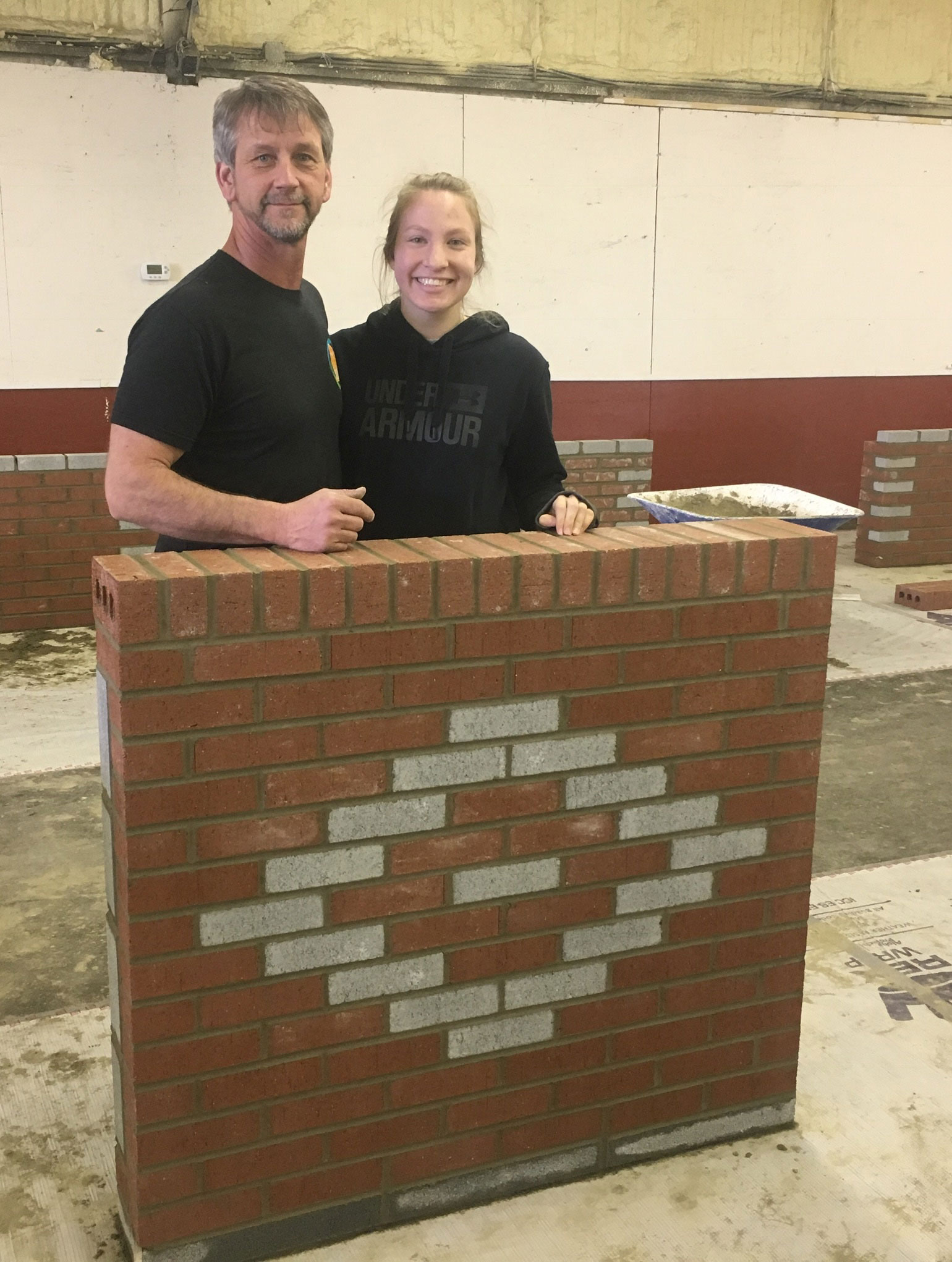 M.M.: Where do you see yourself going within the industry?

A.W.: I feel like I can do a lot, if I wanted to go lay brick, I’d be able to do so. If I wanted be a construction manager, I feel like I could do that as well. I am going where God takes me. I have full faith in Him and his plan for me.

M.M.: What advice do you have for people your age?

A.W.: If it’s something that you love, don’t let the fear of being a female in a male-dominated field stop you.

M.M.: What advice would you give to someone your age looking to get started in the industry?

A.W.: Go for it, you may like it or you may hate it. But either way, at first if you’re not doing as great as you wanted to just keep at it. You might get to that point one day where everything clicks like I did. It’s a great industry and I completely recommend going into it.

CMU Checkoff Will Create New...
Seismic Resilience of Masonry
The Simple Things: Keep Your...
GEN NXT: Oscar Montaño
The Interesting Story Behind MARSHALLTOWN
ASTM C1670: Seeing a Standard...
Owens Corning And What To...
3 Decades of Masonry Estimating
Managing Growing Teams
Contractor Tip Of The Month:...
Business Building: Leaders Change To...
On The Level: Some Tools...
Building More: Is It Really...
Chairman’s Message: What You Can...
Remember That First Day You...
OUR STORY IS ONE OF...
Case Study: 547 West 47th...
An Inside Look at Hobbs...
MCAA Safety Talks and Their...
MORTAR BOARDS VS. OSB
Dust Management
Designing for Outdoor Dining
Social Media Marketing And Targeting
The Fechino Files: National Masonry...
ICPI-NCMA: A New Era as...
William Howard Taft Freshman Academy
Raising The Line
Top 3 Cleaning Equipment Mistakes...
Scaffold: How It Impacts Your...
180 East 88th Street