The 2017 MCAA Midyear Meeting took place in scenic Steamboat Springs, Colorado from Monday, August 28 to Wednesday, August 30 2017. The Midyear meeting allows members and suppliers to get away from the day-to-day in their businesses and enjoy the scenery of the year’s location. Most importantly, however, the Midyear meetings allow contractors to come together in order to network and advocate for the industry.

Known primarily as one of the top winter skiing destinations in the world, Steamboat Springs is also the childhood home of MCAA Chairman Mike Sutter’s wife Colleen. Located in the upper valley of the Yampa River, Steamboat is additionally home to respective ranching and mining communities, which date back to the early 1900s. Though known primarily as a go-to spot for avid skiers in the winter, the Midyear meeting allowed visitors to take in Steamboat during the off season. Importantly, this meant there’d be less foot traffic in the city and snow for travelers to trek through on their way to events. 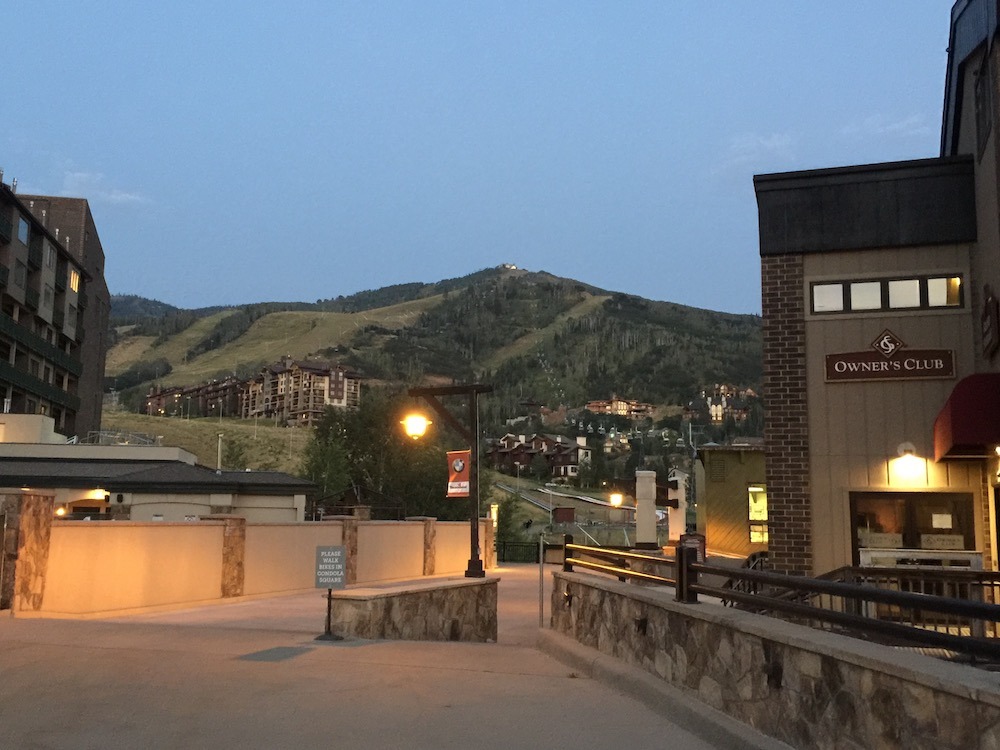 Following up on the success of last year’s Midyear in Scottsdale, Arizona, Steamboat served as both a beautiful and sentimental spot for the Sutters to host the MCAA’s guests. Though the meetings officially started on Monday, August 28, a cattle drive kicked off events on Saturday, August 26th.

The impressive Saddleback Ranch, a fourth generation functioning cattle ranch 17 miles from Steamboat in Northern Colorado, served as the location for the drive. Riding horseback, attendees were able to participate in the herding of the Ranch’s cattle. With lush overlooks onto the surrounding land, the impromptu cowboys and cowgirls were able to get in touch with nature. 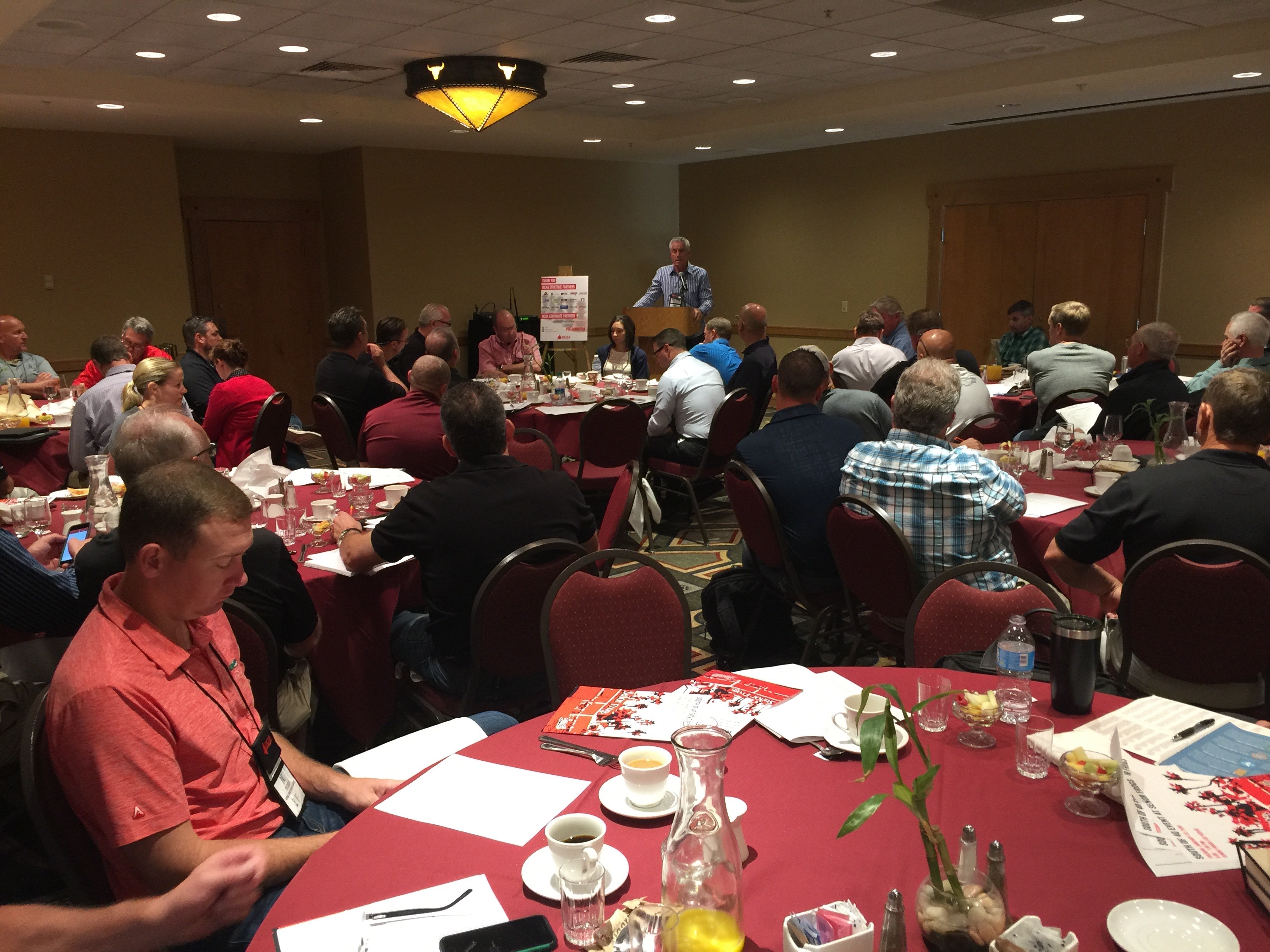 From many of the rooms in the Steamboat Grand Hotel, visitors could look up and see the substantial Mount Werner, known as the focal point of Steamboat. Originally named Storm Mountain, 1965 saw the renaming of the mountain in honor of Buddy Werner, a local Olympian who was killed in a Swiss avalanche the year before.

Guests of the Midyear meeting were treated to a special after-hours gondola ride up nearly all of Mount Werner’s 10,570 feet to the site of the opening reception and dinner. Set in the picturesque Thunderhead Lodge, the dinner and reception provided guests an opportunity to feel welcomed and get to know one another prior to the rest of the meeting.

Punctuated by a thank you to MCAA Strategic Partners and a quick history lesson and quiz on Steamboat by Mike Sutter, the reception was a beautiful way to kick off the meeting. With the dinner over and guests having taken their share of selfies with striking views from the deck of the Lodge, a gondola ride down just as the sun was setting provided a perfect end to the evening. 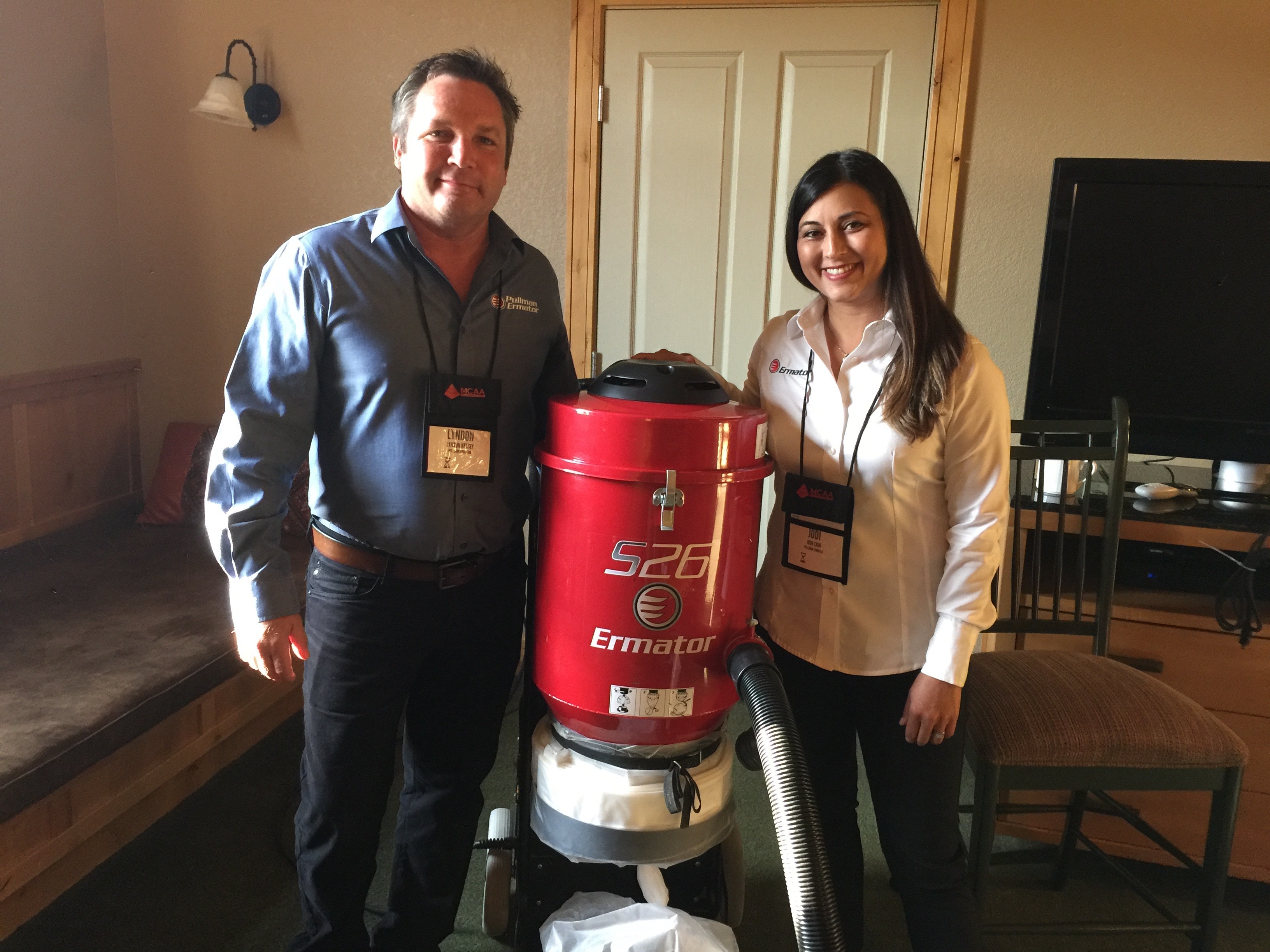 Tuesday morning saw the return of an MCAA favorite, Speed Dating. Here, groups of contractors would make their way around to manufacturer/supplier hotel rooms. In each, they’d be able to have a dialogue with suppliers about new products and their respective business needs. With an intimate setting allowing for more open conversation than at a large trade show, it allows for an open line of dialogue aimed at improving the industry.

On Wednesday, the MCAA Board Meeting allowed for leaders within the Association to tackle the issues facing the trade. Afterward, the MCAA hosted popular Networking Round Table Discussions. These sessions allowed for contractors to discuss both day-to-day business practices and legislation affecting the industry as a whole. The leader of the discussions would initiate conversation and ensure that a variety of issues could be tackled in the allotted time. 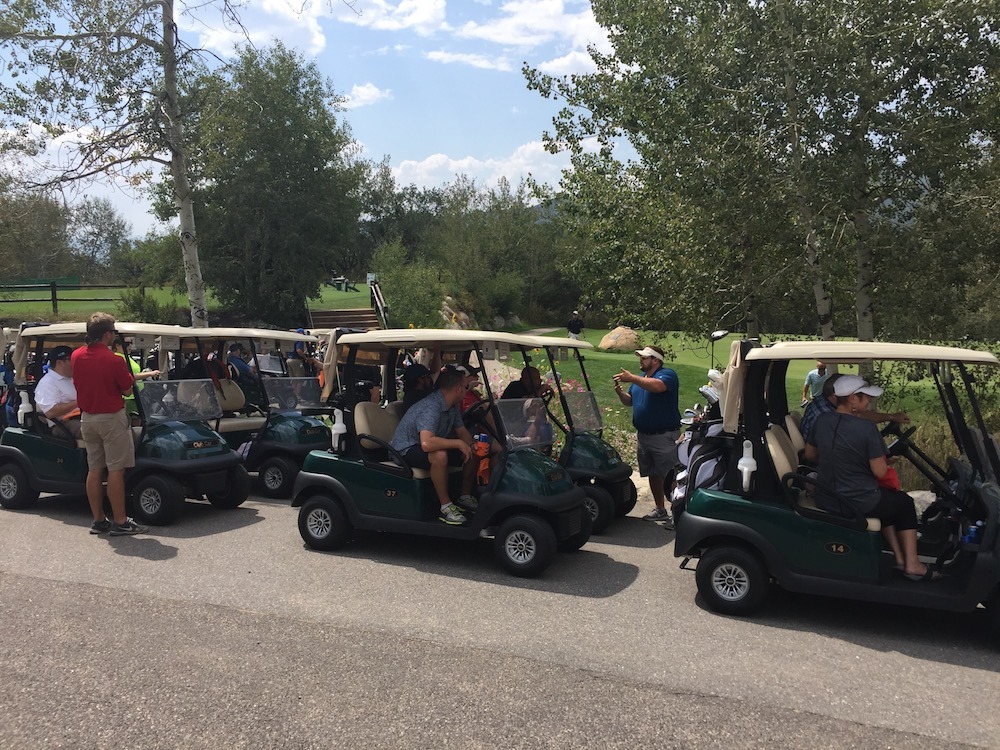 Throughout the week, attendees had the opportunity to participate in a variety of activities, from the MAC PAC Golf Tournament intended to support the MCAA’s Legislative efforts through a Political Action Fund. Additionally, fly-fishing and the Steamboat ZipLine Adventure offered options for attendees to experience Steamboat in a serene or daring manner.

On Wednesday evening, the Closing Dinner was held back at Saddleback Ranch where the festivities began. Attendees boarded one of several horse-drawn wagons and rode up to the ranch. There, the Ranch’s staff warmly greeted dinner guests and kicked off events with a prayer. Live music and delicious locally-prepared food followed grace, and Mike and Colleen Sutter closed out their final Midyear of his term as MCAA Chairman. It did take some arm-twisting, but Mark Kemp assures everyone they will be warmly welcomed into the “losers club.”

On behalf of everyone at the MCAA, thank you to all attendees for making the 2017 Midyear Meeting another smashing success. An additional thank you goes out to Mike and Colleen Sutter for two years of fantastic meetings.