On the tranquil lakefront of Stillwater, Minnesota, is a Mid-Century Modern home physically built stone-by-stone by Don and Virginia Lovness in about 1957. Renowned architect Frank Lloyd Wright originally designed the project, made up of a custom home and guesthouse cottage. The properties sit on 20 acres of land, according to Historic Homes in Minnesota’s website. The Lovness family built their home from the ground up, and maintained all the original stonework throughout the years. 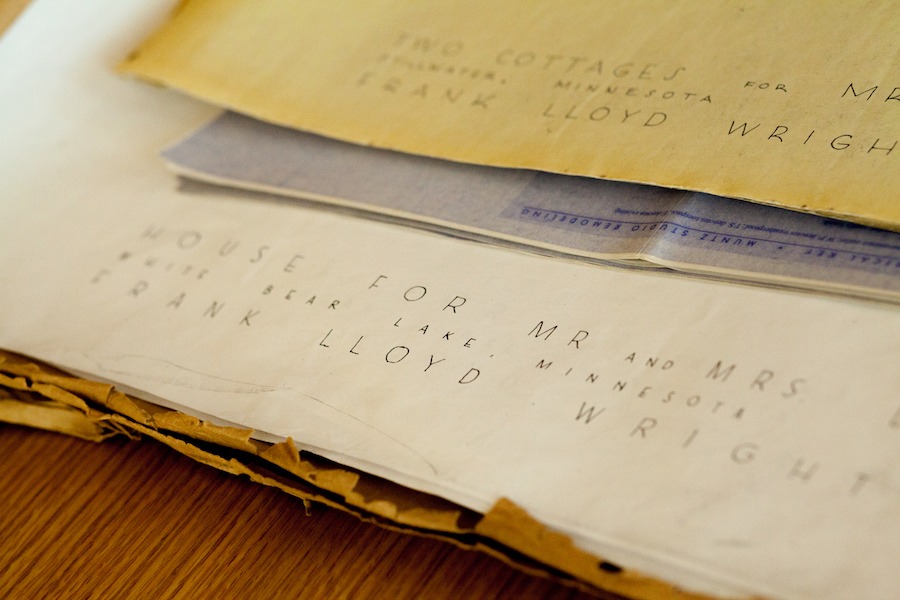 Mrs. Lovness was an art teacher at Hamline University, and would host classes on her property. For her studio, she used the main structure and transformed it into a teaching studio. As such, the cottage was used as the couple’s main residence. In 2001, Don Lovness passed away, so Virginia was left as the caretaker of the home. In 2013, Ted and Deborah Muntz purchased the home from Virginia Lovness, and set out to restore the beautiful custom home to its former glory. 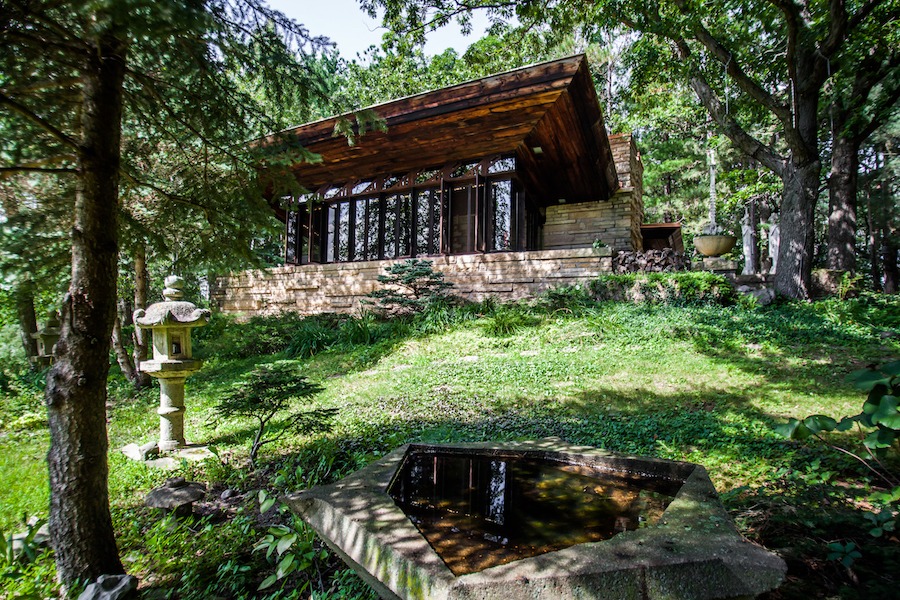 Restoring a historic home to its original look comes with the territory of owning a property like this one. As such, this home had a two-part masonry restoration job. They established the goal for this project to restore the chimneys as close to the original condition as possible. Advanced Masonry was brought in to repair and rebuild the chimneys on both structures that had respective leaks.

According to Tom Miller, Senior Project Manager of Advanced Masonry, the chimneys were constructed with Kasota Limestone in a combination Ashlar pattern. Advanced Masonry discovered spalling stone in both chimneys as the project was underway. The cause? Stones that were originally set with the bedding plains facing up and the joints were raked. With the goal of this project being to keep all the original stones intact, any materials that weren’t damaged were saved and reset in their original positions. 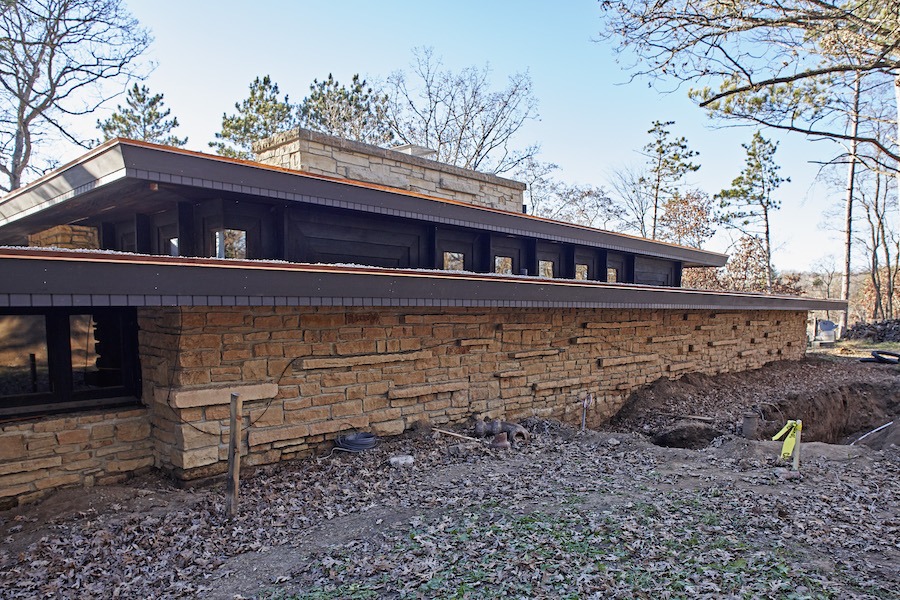 While working on the studio, it was discovered that the center of the chimney was filled with rubble, the cavity was open to the house, and there was no structural backup for the stone. Advanced Masonry faced this issue head-on by photographing the elevations and stone sizes to be sure the rebuild would be as accurate and as close to the original as possible. They also used a Grace flexible membrane for flashing at the base with a weep system to drain water, and then placed new block backup to support the stone.

The Cottage was in much better condition than the Studio, Miller confirmed. It had a different cap system that was more protected. Approximately 30 individual stones were replaced, and 100% of the mortar joints were tuckpointed from the roofline to the cap. Advanced Masonry also shaved the large vertical stones by 1/16 of an inch around the outside edge, allowing the drainage to flow away from the chimney. This was achieved without changing the look of the stone. 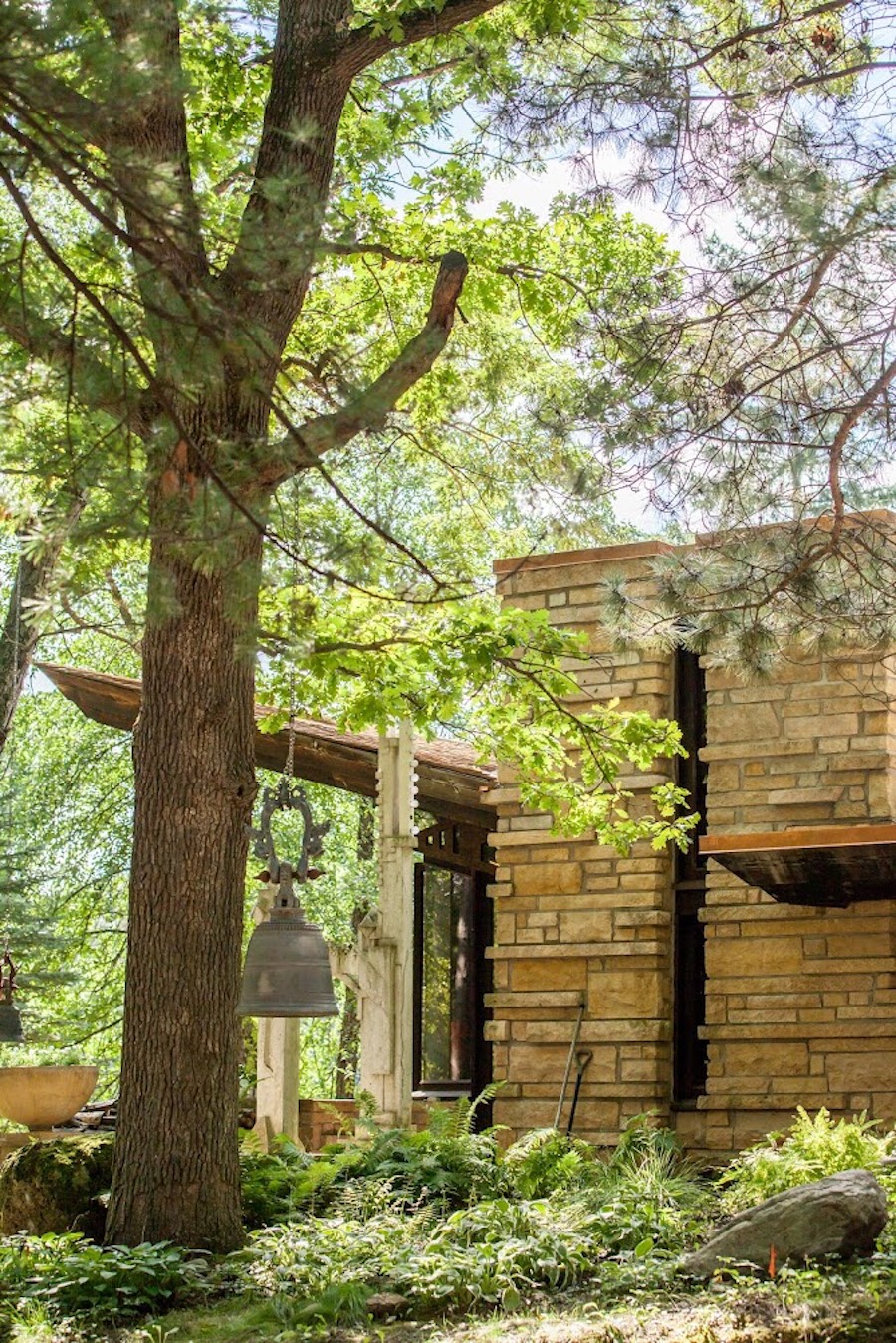 Weather joints were used on both chimney structures, allowing water to run of the stone while giving them the look of being raked back. Miller stated, “This technique allowed us to keep the raked joint look while shedding water properly.”

The Muntz Residence is the 2017 winner of the Excellence in Concrete & Masonry Design and Construction Award.