Restoring History: The Mill at Middletown

Masonry is a fascinating industry as you’ve seen in David Biggs’ Marvelous Masonry series in this magazine. But, a tremendous amount of restoration work is done at home. That’s why The Mill at Middletown, which took an abandoned hat factory in Orange County, New York and turned it into a stunning affordable housing complex, definitely seemed worth some coverage. This historic $15 million project, designed by Magnusson Architecture and Planning, PC, who also designed Creston Avenue Residence, featured in our January issue, was not easy to complete. However, the end product is truly worth the effort. 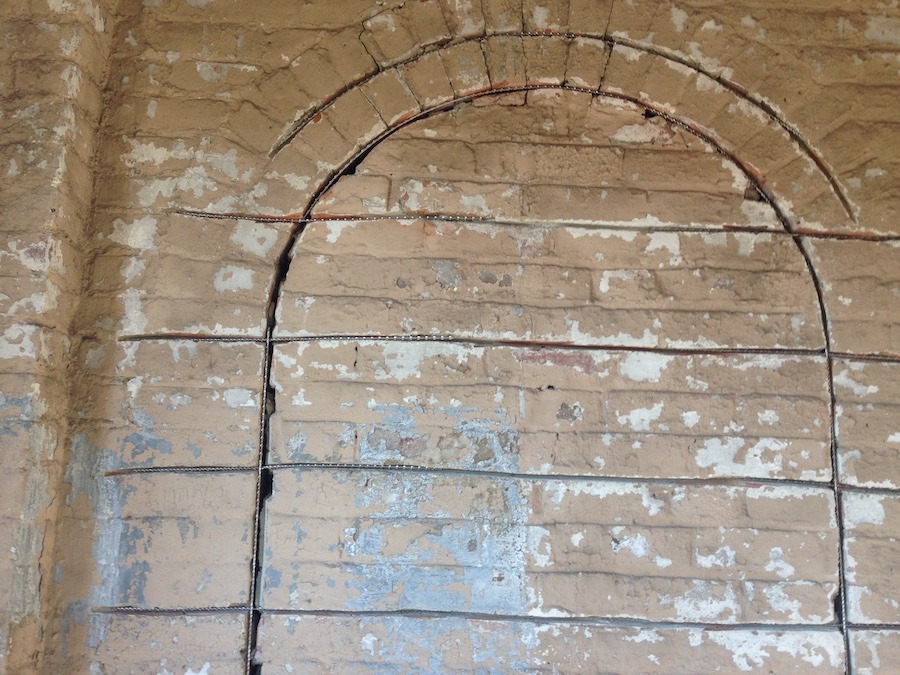 Mr. Magnusson, of Magnusson Architecture and Planning (MAP), joined with developer Patrick Normolye to form a development entity called Mill Street Partners. Mill Street Partners went on to partner with a local nonprofit in Orange County, called RECAP. According to their website, RECAP “assists low-income families with housing, utilities, health insurance and employment.” As such, the team set out to transform a dilapidated structure into safe, affordable and livable space that [honored? Leveraged? Recognized? Preserved?] the manufacturing past of the town.

According to Magnus Magnusson, the concept was to completely transform this building that had been around since the 1860s or 1870s. Prior to MAP’s involvement, the previous owner had incentive to renovate the abandoned mill building but could not make it happen. Mill Street Partners purchased the building from him, but prior to that the building was abandoned for over 20 years. The masonry lasted long enough to be worth restoring, but it needed the right team to perform the work.

The old mill campus contained a number of “outbuildings” surrounding the main structure. Unfortunately, most had to be demolished in order to include more units in the new residential building. An additional building was designed to flow within the original mill campus footprint. To make the project economically feasible, the total finished product needed to contain 42 apartments. Twenty-seven are located in the original building and 15 more were added on in the addition. The addition, clad in fiber cement lap siding, provides a modern contrast to the historic brick of the original building. According to Magnusson, the developers felt that the difference in looks between the buildings was the right direction. The glass corridor between the two buildings allows the project to seamlessly blend the old with the new.

The original brick stack chimney and a single outbuilding were saved during the demolition process. The latter was repurposed as a community room for residents. Because so many of the other structures had to be demolished in order to revitalize the main structure, the project lost its eligibility for the National Register for Historic Places in Orange County.  However, the main mill building remains the focus of preservation efforts. The exterior was composed of masonry, while the interior contained heavy timber framing. Since the building was over 150 years old at the time, it had started to settle on one side. To ensure that the structure would remain stable, a new structural system made of steel was put in place to support the timber. The steel structure also served another purpose of providing an interior bracing to stop any settling and leaning that had occurred over the years.

On the exterior, between 30 and 40 percent of the masonry work on the façade had to be repointed. As expected with a building of this age, there were also major structural cracking in some corners where settling had occurred. Helix rods had to be put in place,  allowing  the restorers to “stitch” the masonry together in places where the cracks were too large. Horizontal steel reinforcement is placed into the joints through the span of the cracks. The twisting of the steel creates a strong grip on the grout. Additionally, the masonry had to be cleaned and graffiti was also removed.

In the front of the building, the Fresh Start Café  is under construction. Here, RECAP’s “welfare to work initiative” is front and center. Designed to help people on public assistance to get the ability to succeed in the professional world, the café will serve as a way for visitors to treat themselves and give back to the community 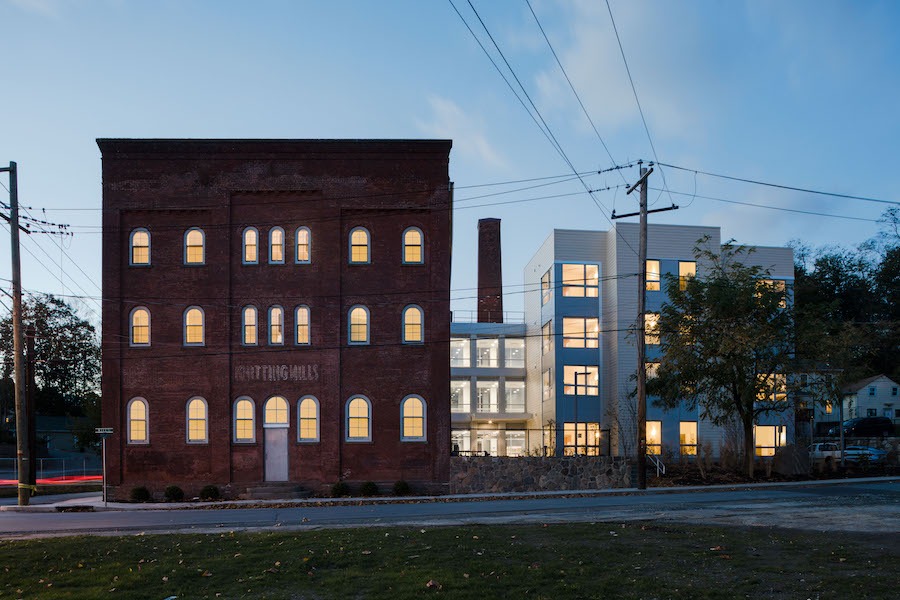 As a result of the hard work and dedication of all the individuals involved in the project, the complex now provides one, two and three bedroom apartments for individuals making 30-50 percent of the area’s median income. The Mill at Middletown is an ideal example of how masonry endures over time, and how redeveloping industrial buildings into their “second life” can help to rejuvenate a neighborhood.

Check out the before photos!

Building More: Who Chooses Who
The Fechino Files: So Much...
A Tale Of Three Exterior...
CAREER DAY: The Meeting of...
The Ultimate Meal Prepping Guide:...
Business Building: Do You Have...
Government Affairs
A Look At How CMU...
Historical Masonry: Drayton Hall
Balancing Business Act
Managing Hazcom In Your Business
Preview: September 2021 MCAA Memphis...
2021 WOC MASONRY MADNESS® Recap:...
MasonryStrong Branding Opportunities
Translation: RE-CAPACITACIÓN
Elevating The Brick Experience: Brickworks...
July 2021: Full Contact Project...
The Fechino Files: Summer Is...
Chairman’s Message: Masonry’s Back
Robotic Assisted Lifting
Contractor Tip Of The Month:...
Building More: The Number Behind...
Communication Is Key: Effectively Communicating...
Meal Prep Your Way Into...
6 Ways to Incorporate Technology...
Making The Cut: Saws And...
Growing From Operational: Resources and...
Staying in Shape This Summer
5 Apps to Help You...
On The Level: Working for...