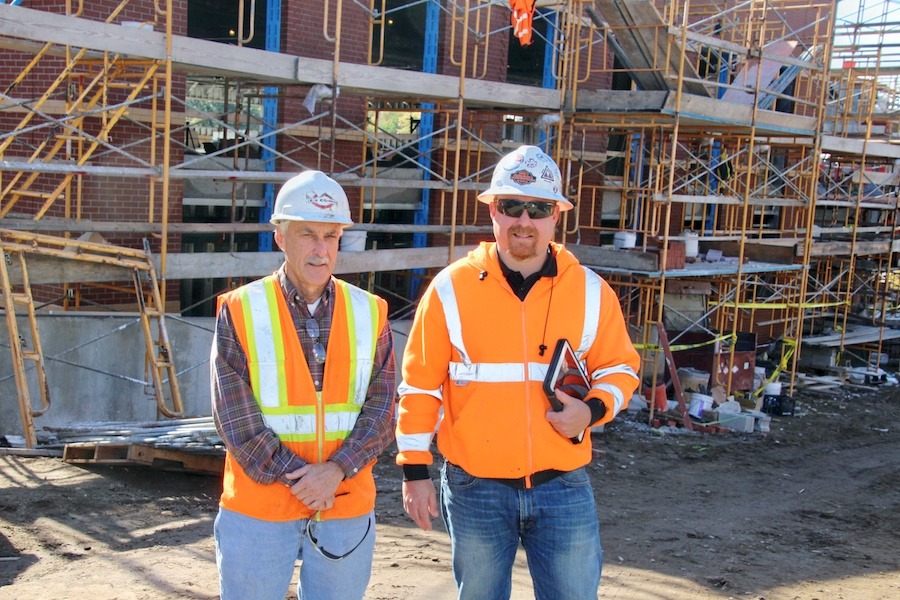 Editor’s Note: This will be kicking off our new semi-regular series Generation Next. In this interview series, I will be speaking with younger professionals in the field and getting their backstories. Additionally, it is my hope that these interviews can serve as a catalyst for a younger workforce to see what it’s actually like out in the field and motivate the next generation.

Recently, I had the opportunity to have a conversation with Paul Cantarella Jr., a certified mason contractor and the owner of Cantarella & Son, Inc. out of Pitttsfield, Massachusetts. Paul represents one of the most enthusiastic and talented younger contractors in the trade.

Dan Kamys: Paul, thanks for talking to me. Why don’t you tell me a little bit about your background and kind of how you got into the industry?

Paul Cantatella: All right well I guess basically growing up, my father was the second generation more or less of my grandfather’s business that he started in 1936. I just always had a fascination of the equipment I guess and the trucks, at a young age coming into the office. It was bigger than life to me, the industry. I don’t know how to explain it. I followed my dad to the job site and he let me ride in the trucks with the guys that would deliver a load.

One of my favorite things would be to go ride into the truck, and I always had a hard hat. My father would always give me one, so I always had it at home. So I mean I had to be seven, eight years old sitting in trucks and going to the jobs.

I didn’t really ever get a chance to see my grandfather out on the job for a long period so that that was one thing I always wish I got to do in the beginning. I can vaguely remember seeing him on some job sites, but that’s all.

Eventually, I’d say that turned into some summers maybe coming down trying to clean some trucks and stuff like that. I would grease the screw jacks, put cross braces back together. I can’t tell you the amount of pallets they had me put back together. They’d bring me out to the job, stick me in a corner and have me put pallets together try to do a little clean up. 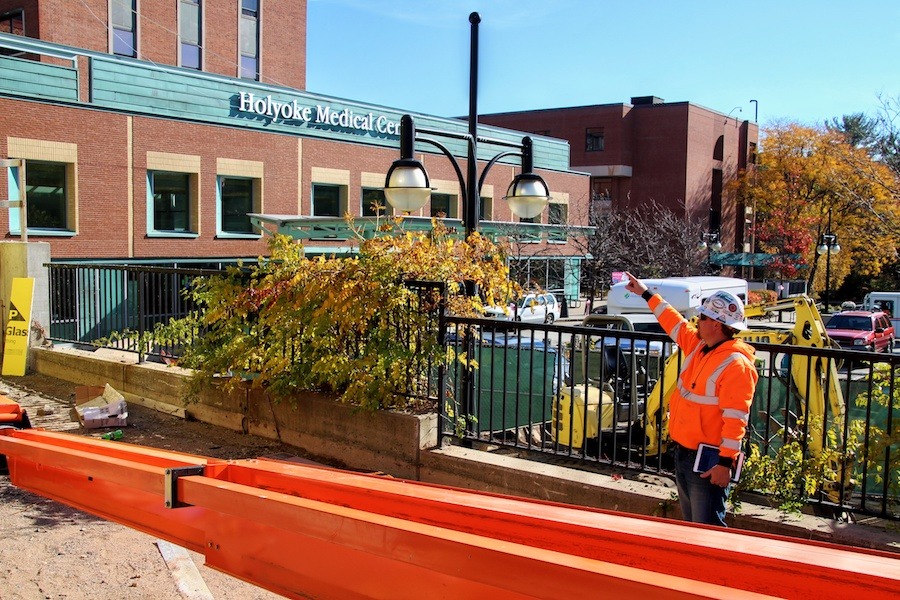 DK: What happened as you got older and a little more tired of putting pallets back together?

PC: I worked all through high school on my summers. Any time off [from school] I had I would be trying to work and just do whatever I could. I just loved it. Got to do a little bit more of the mason tending part of it. Learned to love the guys, and just love the camaraderie of everything. It definitely was quite different than it is now, that is for sure. And I know everybody always says I’m not old but I was around it for awhile and I saw it and lived it.

So it was definitely a different game, but about two weeks after I graduated high school I was at the apprenticeship school. Came out of that and kind of went out there on my first real job.

It was about two hours away with one of our head guys. I remember to this day the guy stuck me out on these piers with my level. And I kept going home and to my father and saying “why is this guy doing this to me?” But he kept doing it. It made me a good guy with my level, and eventually I figured out that’s what he was doing.

I’ve seen that guy since actually. I bet it was about two years ago and I thanked him for that, as much as I hated it at the time.

DK: What happened to your career after you finished the apprenticeship? Did you stay in the masonry?

PC: I went to college and studied Civil Engineering and kept working during any time off. I went to school about an hour away, but we always had work out my way so I remember one time in college we were learning how to use total stations. I’m looking down the street my guys are literally brick washing at a church. You know what I’m like ‘how do you beat that?’ It’s just an awesome feeling.

So I finished college, graduated, and the next day I was back to work. I was still a little flustered, but haven’t turned back. 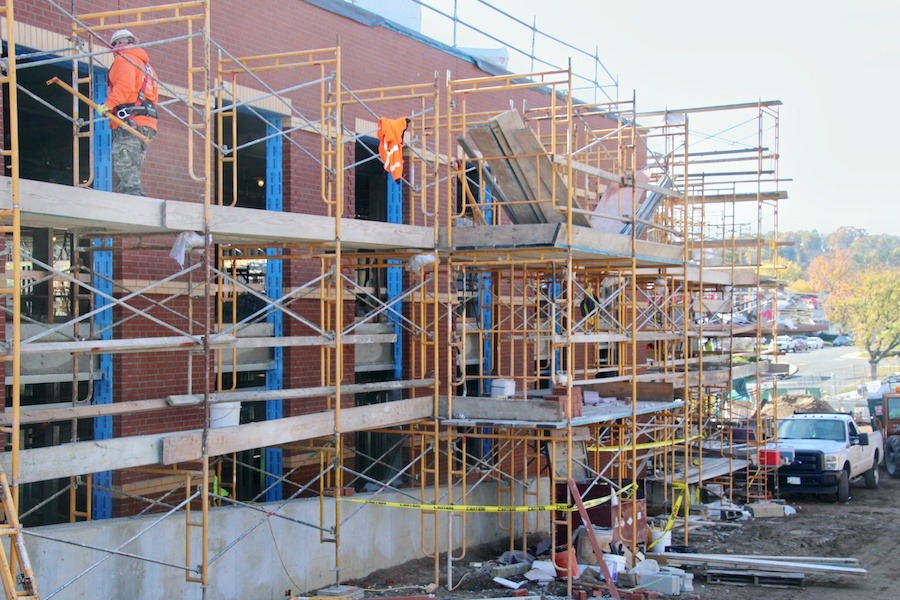 PC: I was running work at a young age. That was rough, people don’t like young kids telling them what to do. It would take some guts some mornings to go out there and talk to some of the older guys. It’s a good, quick reality check for a young person.

A challenge I used to face, and I still face it today, was getting people to be safe. Back then everything was so lax, you could yell all you wanted at people and it wouldn’t make a difference.

DK: That’s interesting. So, why don’t we talk about how you’ve seen the industry change since you’ve been in it for awhile?

PC: Oh, for one the paperwork. You’ve got to dot your I’s, emails, emails, emails. As soon as you think you’ve got it, someone comes at you with something safety-related. I’m not angry at them, I’m angry I didn’t catch what they found. Safety is definitely non-stop right now.

The other thing coming up right now is manpower. This whole thing that you’re a dummy if you don’t go to college is frustrating.

DK: Have you managed to hire any younger guys? What has your experience been with them?

PC: Actually, we have. One of my younger guys just won the apprenticeship contest for the whole of New England. He’s up and coming in the industry. I have another young apprentice who’s good. 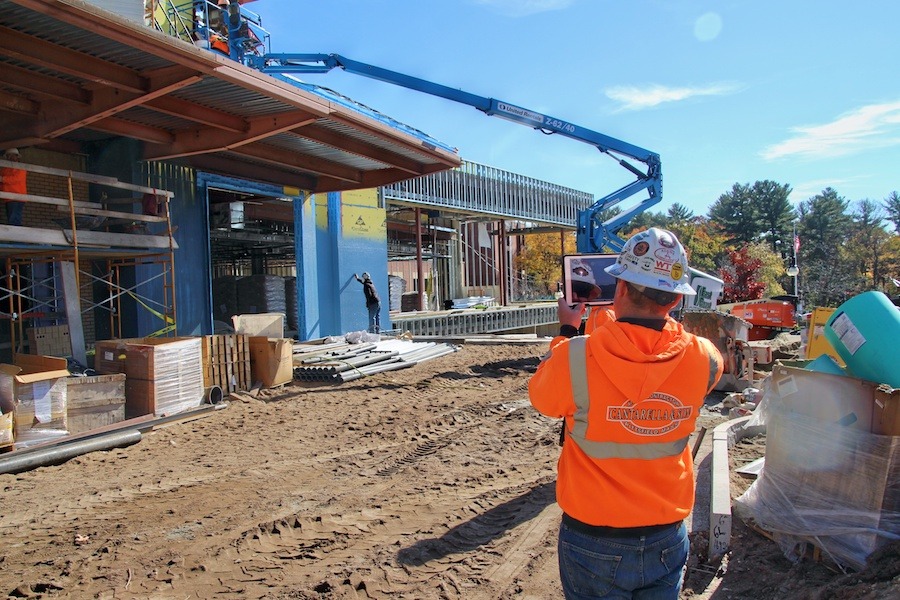 DK: Why do you think a lot of young people aren’t getting as involved in the industry?

I bet you majority of my friends really don’t know what I do. Most people, when you say masonry, think of a fireplace chimney. They really do not understand it like they should. They don’t. So I think that is one that is definitely I think that’s almost a bigger thing, a misconception about the trade really. I don’t think people know about masonry.

DK: So what would you say to a younger person who might be curious about the profession?

PC: I’d be point blank would anybody who had questions. It’s hard work. You have to get up early; you have to come to work. But it’s a rewarding job.

All you can do is give your best and go home. I mean the biggest thing is being on time and showing up. I mean I feel like nowadays with the generation what else can you ask for? You will start in the industry knowing nothing, and you need to want to learn.

DK: Why do you think that’s lost on the younger generation?

PC: I just don’t know if it’s the computer thing, yeah. You see the guy who invented Facebook, the other one who invented Snapchat, they all think they can strike gold like that.

Kids are allowed to sit at home and do nothing. I always had to be doing something when I was a kid, even on breaks.

DK: So jumping off of that, what do you think the industry can do to change the conceptions out there amongst younger people?

PC: It’s the culture of the industry really that kind of needs to address things because I’ve heard someone talk about how great a new mortar color is and that the guy can’t mess it up. But it kind of felt like it was really saying the guy can’t be smart enough to mix the mud by telling him the ratio correctly. You’re indirectly kind of saying our workforce can’t possibly smart enough.

We need to do more website stuff, social media, video. Get people involved in the new technologies, and show them that they’re smart and this job is a challenge. Get the word out that this is so much more than just laying bricks. 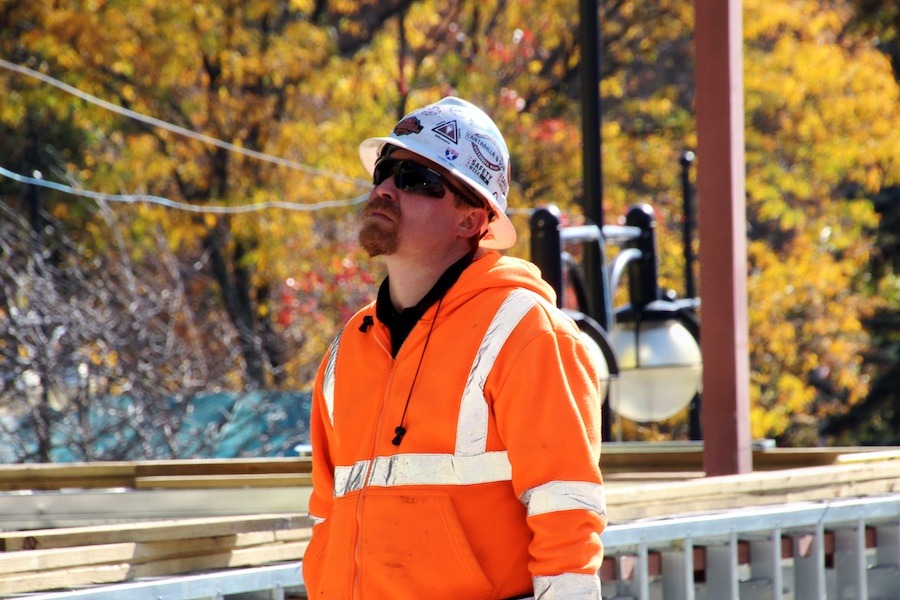 DK: So how did you get involved with the MCAA? Was that just because your family’s business had been involved?

PC: No never really. Last year I signed up. I always followed Damian [Lang’s] articles in the magazine. That guy, he is everything to me. I finally got to meet him last year, and I told him how important of a part he is in my career to this day. Helped shape my business.

So basically between following him in the magazine, I started getting all of [Masonry’s] website stuff. Last year, we went in for this safety award and we won. Safety is my biggest thing that I do.

Anyway, I went [to accept the award] and met the greatest group of people I’ve ever met, walked away with the most unbelievable relationships. I was hooked.

DK: Well, Paul I want to give a big thank you to you for kicking off this series with us. I think you provided us with an interesting look at what you do and who you are as a mason contactor.

PC: Absolutely, and let me know anything else I can do to help.