Technology Advances of Robotics in Masonry 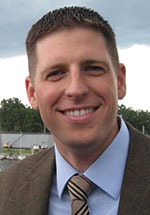 Robotics and automation have gone through a few periods of rapid growth and expansion. We are in one of those periods now. There are many different types of robots out there, everything from industrial robots, such as those used in factories, to robots used at home, such as your Roomba.

The first industrial robots were sold in the 1960s to the automotive industry. During the 1970s and 1980s, manufacturing went through a revolution, implementing robotics across many areas of manufacturing, from welding, to testing and assembly. Today, most factories use some form of robotics or automation to do work. During the last 40-plus years, the role of the factory worker has changed as well. Workers have gone through a transition whereby they have had to learn new skills and learn how to work with these new machines. In addition, the demand for the skilled technician has increased as the monotonous, tedious and dangerous manufacturing tasks have been automated.

We now are seeing another revolution in robotics. Technology has reached a tipping point. The advancements in sensors, computing power, and software have allowed rapid progress in the development of robots. The focus today is to find ways for robots to work alongside people in a more collaborative way, by getting robots outside of their traditional caged-in, stationary applications. This new trend of collaborative robots will help the workers in ways we have only dreamed of in the past.

Improvements in technology also will allow these robots to be used in more complex and challenging environments such as construction. Other industries have seen booms and strong growth by leveraging technology to reduce the manufacturing costs of their products. Even construction materials companies have been able to leverage robotics in their factories to help increase productivity. Until very recently, though, the use of robots on construction sites was only a concept.

People have been talking about automating masonry as far back as the 1920s, when the first bricklaying machine patent was filed. Over the years, many people have conceptualized, patented, designed and even built a number of machines or robots for laying brick walls. However, none have stuck. Many had great concepts and were well thought out. So why haven’t any automated bricklaying machines been commercially successful?

This is a question that we have asked ourselves many times. Construction has many areas where robotics can help workers be more efficient and reduce their physical strain, but masonry is a trade where the impact can be significant. I’m not sure we will ever know, but a historically strong work force, challenges with changing jobsite conditions, and the complexity of masonry are probably major factors in why robots haven’t worked until recently.

In order for a robot bricklayer to work, it needs to be able to withstand rain, wind, dust, mortar, sweltering hot days, frigid cold days and everything an outdoor jobsite throws at you. It needs to be able to lift heavy materials over and over, and put them in the wall in varying patterns, with windows, doors, control joints, corbels and all the other details that come with masonry. It also needs to be easy to setup, easy to use and easy to transport. It needs to work on a scaffold or from its own extendable base and it needs to be able to correct for movement induced on the arm real time, with millisecond response times. Using technology from 20 years ago these requirements were near impossible to fulfill. However, with today’s mast climbers, forklifts, sensors, computing power and automation equipment, building a system to meet those requirements is possible.

In 2015, Construction Robotics (www.bot.build) launched SAM, the Semi-Automated Mason. SAM is a bricklaying robot that was designed to work alongside the mason, handling the bulk of the work by picking, buttering and placing bricks in the wall. The mason still is responsible for installing some bricks such as returns and corners as well as striking joints and, ultimately, ensuring the highest wall quality. SAM is a new wave of robotics, leveraging industrial robotics and robust automation parts, integrated in a way to foster collaboration with the worker in a dynamic environment.

The age of robotics is upon us. SAM is a first of its kind, but more are coming. A group from Australia has invented a robotic bricklaying machine for building structural brick houses. However that equipment and many others are still in their infancy. SAM is ready for the market. It is the first commercial robot to be used to lay brick on a jobsite alongside the worker. SAM has the ability to correct real time for the movement of the scaffold in order to accurately place bricks in the wall. SAM also enables new capabilities of masonry. Using SAM’s software, a user can create unique wall mosaics, patterns and images that can be laid by SAM. Digital design and robotic placement could make veneer brick walls more exciting than ever, and help resuscitate demand in certain markets. It can be intimidating to adopt new technology, but the technology that makes up SAM isn’t new. We’re just applying it in a new field. SAM’s parts and pieces are primarily industry proven equipment integrated in innovative ways with amazing new software, so SAM can provide significant productivity gains and other benefits for those who choose to adopt.

There is a widening gap between a recovering masonry industry and a workforce that isn’t growing fast enough. Adding new young talent is a priority for the future of the industry. Masonry is a great trade that built this country, but as with every industry, to continue to compete and grow we must find ways to innovate. Masonry has seen improvements with the adoption of forklifts and mast climbing work platforms; robotics may be the next generation of tools. As other industries have shown, robotics can attract young talent, provide an opportunity to retrain the workforce, and increase the productivity of the current workforce. These benefits will help masonry not only compete with other building products, but thrive in the future.

Scott Peters is the president and co-founder of Construction Robotics (CR), and is an engineer, inventor and entrepreneur with patents for technologies in numerous industries. Scott has extensive experience developing advanced manufacturing technologies and robotic automation concepts. At CR, he has led the team from concept to completion of the Semi-Automated Masonry (SAM) robotic bricklaying system.

CMU Checkoff Will Create New...
Seismic Resilience of Masonry
The Simple Things: Keep Your...
GEN NXT: Oscar Montaño
The Interesting Story Behind MARSHALLTOWN
ASTM C1670: Seeing a Standard...
Owens Corning And What To...
3 Decades of Masonry Estimating
Managing Growing Teams
Contractor Tip Of The Month:...
Business Building: Leaders Change To...
On The Level: Some Tools...
Building More: Is It Really...
Chairman’s Message: What You Can...
Remember That First Day You...
OUR STORY IS ONE OF...
Case Study: 547 West 47th...
An Inside Look at Hobbs...
MCAA Safety Talks and Their...
MORTAR BOARDS VS. OSB
Dust Management
Designing for Outdoor Dining
Social Media Marketing And Targeting
The Fechino Files: National Masonry...
ICPI-NCMA: A New Era as...
William Howard Taft Freshman Academy
Raising The Line
Top 3 Cleaning Equipment Mistakes...
Scaffold: How It Impacts Your...
180 East 88th Street