Since 1989, the Brick Industry Association (BIA) has sponsored an architectural award program, the Brick in Architecture Awards, which feature clay brick projects. The BIA is a national association that represents both manufacturers and distributors in the clay brick industry.

Architectural and design firms from around the country can enter their best material to be judged by a jury of their peers. Any work of architecture completed since Jan. 1, 2010, in which new clay brick products comprise the predominant exterior building or paving material (more than 50 percent), is eligible. Following are some of the Best in Class winners; you can see all of the winners at www.gobrick.com/Events-Education/Brick-In-Architecture-Awards. 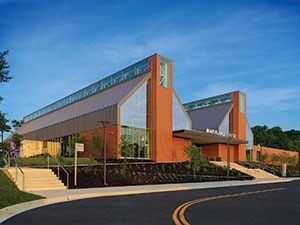 1    Maryland House
Maryland House: Located about 24 miles north of Baltimore, the plaza serves an estimated 3 million patrons per year on Interstate 95, the most heavily traveled interstate highway on the East Coast. The original facility was built in 1963, and was rooted in Baltimore’s robust brick architecture. The design leans on this vocabulary of simple brick architecture adapted to the facility’s open space needs. The use of brick allowed for visitors to be greeted by familiar, house-like gable forms. Brick was used in a contemporary way to create taut planes to work with modern usage of glass.

2    El Camino College
El Camino College: Primarily the campus of brick, concrete and glass openings creates a strong sense of place. The 110,000-square-foot math, business and allied health four-story building respects its context using similar materials that responds to orientation signaling its sustainable intent. An efficient building design created savings that could be redirected to the outdoor space; one is the main entry plaza to the campus quad between the administration building and to the north of the new MBAH. The other a large protected courtyard defined by the L-¬shape of the building footprint. 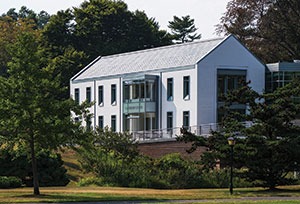 3    Choate Rosemary Hall
Choate Rosemary Hall: The new Lanphier Center for Mathematics and Computer Science is a 34,700-square-foot, three-¬story academic building for interdisciplinary, innovative and collaborative learning. Two white brick-¬clad classroom wings linked by a transparent glass connector wrap around the tree. The choice of Brick Aspen White wire-cut brick evolved from an extensive analysis of the site and campus architecture: a mix of primarily red brick buildings with smaller white-¬painted secondary buildings. Early massing studies in red brick were found to diminish the integrity and individuality of both Archbold Hall and the new building. The choice of white brick ult imately harmonized Lanphier’s design with its landmark neighbors – the red brick Archbold Hall, I.M Pei Science Building, and the white brick and clapboard residences nearby. 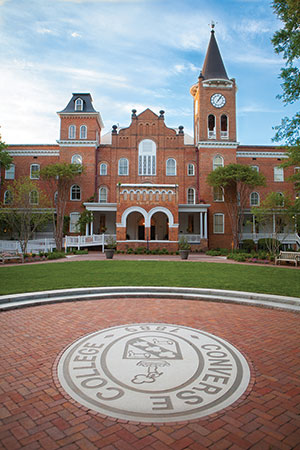 4    Converse College Johnson Plaza
Converse College Johnson Plaza: Johnson Plaza, sited within one of the college’s primary sacred landscapes, serves as the setting for newly established campus traditions, significant campus events, and informal gatherings. The clay brick vehicular drop-¬off and plaza, clay brick garden pathways and edging, and brick seat walls successfully reinforce the plaza’s historic context. Brick detailing and paving patterns are used to delineate vehicular and pedestrian zones and take cues from many of Converse College’s historic gardens. The elliptical plaza is designed to encourage pedestrian movement into and across what had been an unsightly and inaccessible landscape at the front door to campus. Pavers soften the visual and physical impact of vehicular traffic across the space. Clay brick pavers and seatwalls blend seamlessly with the historic architecture and gateway structures. The Brick’s Courtyard Beale Street paver and Old Hampton Modular face brick were selected to compliment brick hues of the 125-year-¬old Wilson Hall. Distinct paving patterns within the plaza spaces and connecting brick pathways, header banding, and garden curb details all contribute to the historic garden experience.
Broad granite steps, a two-foot-wide granite band inscribed with the college’s seven core values and the Converse seal inscribed in a single slab of granite further enhance this historically meaningful space. Interlocking paving patterns, designed to perform under frequent vehicular traffic, are used at the speed table to extend the pedestrian experience of the upper plaza across the vehicular way. Brick seatwalls flank accessible paths which provide access to the lower plaza. The seatwalls, which incorporate bullnose shape and Spanish bond pattern details, are designed to encourage views across the Converse College seal and seven core values toward the sacred, and more pastoral, campus lawn. Vehicular thresholds and pedestrian crosswalks incorporate 2.25- x four- x eight-inch-square edge clay brick, sand-set over a six-inch concrete base and restrained by flush concrete ribbon curbing. The same sand-¬set paver is laid over a stone base at both upper and lower pedestrian plazas and connecting garden pathways. Paver joints in both applications are swept with polymeric sand. 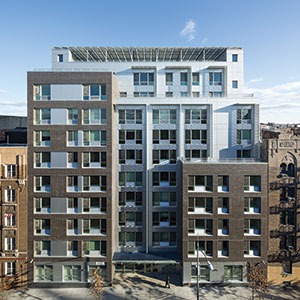 5    Creston Avenue Residence
Creston Avenue Residence: Amid a curtain of brick, broken by shadowed entry courtyards and adorned by fire escapes, this design reflects the neighborhood’s past and offers a vision of its future. Brick sections are consistent in both material and proportion with the adjacent properties; but a tonal shift from warm red to Norman size eggplant brick yields a less saturated surface. There are also setbacks at the 6th, 9th, 10th floors. 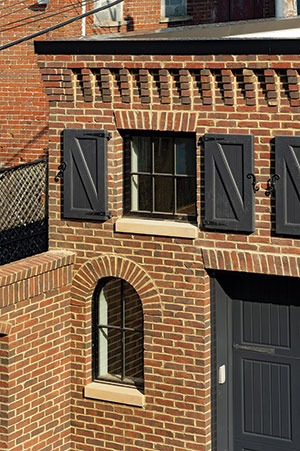 6    Naylor Court Stables Townhomes
Naylor Court Stables Townhomes: Dating back to the late-18th century, the historic district in which Naylor Court Stables townhomes in northwest Washington, D.C., were constructed is one of the few examples of alley dwellings in the nation’s capital. The four-¬story luxury homes each have a rear carriage house, and all three share a single brick motor court. To emulate the simple, clean lines of the utilitarian alleys of the 1800s, a boxy design was chosen for the townhomes, which was more aligned with wood-‐mold formed brick than steel¬‐molded brick, and achieved using General Shale’s Mesa Verde modular brick. Original schemes included much heavier detailing than historic regulations would allow, so a meticulously designed brick cornice was incorporated to relieve the boxy feel of the townhomes. The brick used in the wall in the gated motor court is tied to the brick used on the townhomes, while the original brick alley, removed to accommodate utility work, was rebuilt with new brick. A straw-¬colored mortar was chosen to match the trim on the window sills and headers, roof deck and covered front entryways in keeping with the historic façade. This also prevented the red brick from becoming too overwhelming from an aesthetic standpoint. Elevations achieve the look of a 19th century urban stable with heavy brick detailing, functional gates and sliding barn doors, horse‐height windows, and hayloft doors and pulleys.