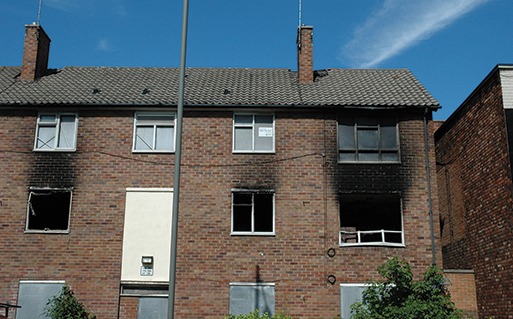 The brick: It wraps itself around your most prized possessions – unless, of course, you live in a house clad with lesser materials. And those prized possessions? You and your loved ones who dwell inside those four walls. It just makes sense to protect them with the exceptional fire resistance and durability of brick and other masonry products.

Today, most houses – and even multi-family apartments and condominiums – are built with wood framing. You may not
realize this, but wood burns. When the wood in your house begins to burn, that is called a “structure fire.”

From that moment, the size of the fire doubles every 60 seconds. A two-inch wood floor joist or wall stud will burn through in about three minutes. It takes only 20 minutes for a fire to consume the entire building. That leaves only minutes or, perhaps, just seconds for you and your family to escape.
Fires can start within the building from cooking appliances. Faulty wiring is another cause of fires, especially in older houses. But fires also can start outside the house from charcoal grills, grass fires, and heat from nearby house fires. It only makes sense to protect your house and family with a cladding that will not burn, and will protect it from outside fires for an hour or more. That cladding is fired clay brick.

Brick industry professionals have long recognized the exceptional fire resistance of genuine clay brick. So, in 2006, the Brick Industry Association decided to put its money where its mouth was. We built five wall panels with brick and other claddings and conducted ASTM E119 full-scale fire tests. Each panel was 10 feet square and made of two-by-four wood framing. Three of those panels were clad with brick. The thinnest brick cladding was only 1 ??-inch thick. And, each of the brick-clad panels withstood a full hour of fire exposure, followed by the standard hose stream test to see if a fire hose would breach the wall. All three brick-clad panels passed the one-hour fire test.

Of the other two panels, one was clad with a popular fiber-cement siding. The other was clad with vinyl siding. Not surprisingly, the vinyl siding panel burned up in about 20 minutes, with flames coming through the wall. The fiber cement siding protected the wood framing a little longer, but the siding itself caught fire in just a few minutes, and the fire burned through the wall in less than an hour. The lesson here is fairly simple: Brick does not burn, and brick cladding will protect your house from wildfires for at least an hour. 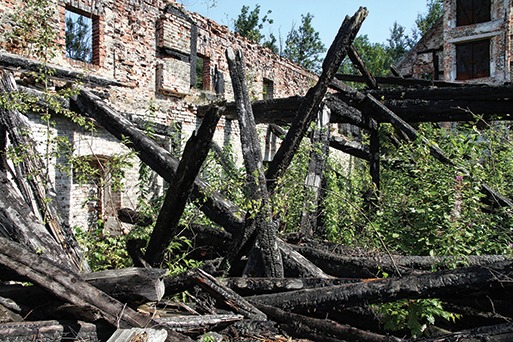 In only the last 10 years, there have been massive wildfires in California, Arizona, New Mexico, Colorado and Texas that destroyed thousands of homes. One fire in Bastrop, Texas, in 2010 destroyed more than 1,300 homes. But among those thousands were some houses clad with brick that survived, because the brick would not burn.

People love to get back to nature, and that includes building houses in more remote settings with trees and other natural cover. But, when people live in the woods, it only makes sense to provide protection from the greatest enemy of those woods – wildfires.

A choice and an opportunity

So why doesn’t everyone build houses with brick? That is a good question. Brick has far less maintenance than other claddings, which disintegrate in sunlight and must be painted regularly. Brick and quality mortar will last for hundreds of years without attention. Brick costs a little more, but it adds so much value to a home that it will sell quicker and for a higher price than lesser houses.

Brick also adds to property values of entire neighborhoods. That is why many cities are adopting masonry ordinances. Those that allow lesser claddings soon find that their tax revenues dwindle as property values fall, relative to other cities that require at least 75 percent of each house to be clad with brick or other masonry products.

Our country is slowly emerging from five years of the greatest recession since the Great Depression of the 1930s. As the economy continues to be rebuilt, people finally are beginning to build a significant number of new homes throughout the country. As members of the building industry, it makes a lot of sense to promote brick cladding on new houses and other structures. The superior fire protection, low maintenance, durability and quality of genuine fired clay brick should be insisted upon by homeowners and new home buyers.