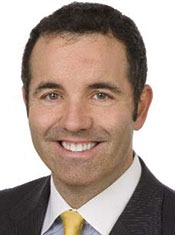 Once again, we had a productive and busy year in Washington, D.C., battling onerous regulations, promoting vital legislation, and continuing to raise the profile of the Mason Contractors Association of America in our nation’s capitol. While we had many successes and laid the groundwork for many continued efforts, I wanted to take this time to update you on the year ahead and where we are headed.

Hopefully most of you reading this article, like me, have just returned home from Las Vegas and the annual MCAA Convention during World of Concrete/World of Masonry, ready to hit the ground running in making our voices heard in Washington, D.C., and throughout the country.

As you know, Congress has just returned from their year-end recess to convene the 2nd Session of the 113th Congress, and I wanted to take this time to recap what will be the driving issues in Congress that will likely affect the MCAA and your businesses. The biggest outside influence on this year will be the mid-term primary elections and the subsequent general election in November 2014. Most of the debates and actions taken in Congress this year will hinge on their potential impact on messaging and political maneuvering. One of the biggest ways this political maneuvering will play out is in the Fiscal Year 2015 Appropriations process.

At the end of 2013, Congress passed, and the President signed, the first budget agreement to be agreed to in years, setting forth spending levels for the next two years. This, in turn, will likely open the door for the House and Senate Appropriations Committees to return to their traditional ways of debating and passing individual appropriations bills, instead of having to rely upon continuing resolutions, omnibus appropriations packages, and the threat of government shutdowns. Returning to “regular order” will allow MCAA and our coalition partners to have avenues to hold the administration accountable on costly, overbearing regulations and set the groundwork for other priorities such as life-cycle costing of federal projects.

We were also quite successful at the end of 2013 in promoting H.R. 1563, the Concrete Masonry Products Research, Education, and Promotion Act and will take this momentum into 2014 to, hopefully, push Congress to pass our legislation and have the President sign the bill into law. We are currently up to 121 bipartisan cosponsors in the House of Representatives (over one-quarter of all Members of the House) and continue to work with Leadership in the House to schedule a vote on the House floor. I will, once again, encourage you, if you have not already done so, to contact your Member of Congress and request that they cosponsor this vital piece of legislation (information on the legislation can be found at www.masoncontractors.org or by contacting MCAA).

We have had great success in states like Wisconsin and Texas in partnering MCAA member outreach with our lobbying efforts here in Washington, D.C., to gain vital support for this issue and legislation, and would love to replicate those efforts in states throughout the country.

I will end this article by giving you an update on what will likely be the biggest issue that MCAA and you will face in 2014, and that is the proposed new rule being pursued by the Occupational Safety and Health Administration (OSHA) to further reduce the permissible amount of workers’ exposure to crystalline silica. As currently written, this proposed rule would have a drastic impact on you and the masonry industry as a whole, as it is vastly unworkable. MCAA has joined various coalitions, will testify in front of OSHA at its public hearings, and continues to educate Members of Congress on this wrongheaded approach to workplace safety. With the rulemaking process continuing to quickly roll forward and deadlines fast approaching, this issue will remain our top priority in the first half of 2014, and I would implore you to educate yourself on this issue and get involved in MCAA’s efforts to block OSHA’s misguided push to enact this new rule.

We look forward to yet another eventful and exciting year in fighting for you and your businesses, and we will continue to update you on our efforts here in Washington, D.C., as the year progresses. Happy New Year!