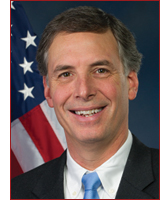 Family business owners and entrepreneurs are all too familiar with our country’s onerous estate tax. The fiscal cliff negotiations at the end of last year halted the 55 percent estate tax rate from again taking effect, but the negotiated 40 percent rate and $5.12 million exemption amount enacted are hardly encouraging.

What this means is when hardworking business owners die, everything in their estate that totals more than $5.12 million is levied with a 40 percent federal tax. Not to mention, these business owners have already dutifully paid income taxes, capital gains taxes, and state taxes throughout the course of their business’ existence.

Historically, this tax has been imposed as a temporary tax for defense purposes. After a war concluded, the government would repeal the tax. In 1916, the tax was imposed for World War I but it has yet to be repealed, nearly 100 years later. According to the Congressional Budget Office, since 1945, estate and gift tax receipts have consistently remained near or below 2 percent of federal revenues.

Since this tax barely brings in a nominal amount of revenue, the pain it inflicts on American families certainly is not worth it.

In order to comply and preserve as much of their assets as they can, business owners are spending hundreds of thousands of dollars on life insurance, attorney fees, and financial planning advice all to avoid being taxed – again – on everything they leave behind to their loved ones. Some families are not as lucky and, in order to pay these taxes, those who inherit a business are commonly forced to sell land and equipment vital to the company’s operation, and the business is essentially rendered liquidated.

The National Federation of Independent Business (NFIB) has found that small business owners frequently cite the estate tax as one of the most important issues for small businesses. Many small businesses and farms in our country are family owned and are passed down from one generation to another. In the past, the amount levied by the tax has been so large, it has forced the sale of a bulk of company assets, essentially forcing a company ultimately out of business, never giving the younger generation a chance.

As a member of the House Small Business Committee and Chairman of the Subcommittee on Economic Growth, Tax, and Access to Capital, I find this tax to be troublesome at best. We must reduce the tax burden on small business owners – America’s economic engine – so they can continue to invest in our economy. Small business owners are America’s largest job creators and, when they are forced to spend time and money adhering to futile government regulations, hardworking Americans suffer.

With nearly 23 million people in our country unemployed or underemployed, it is baffling that the federal government would continue to impose such a burdensome tax on our job creators. I will oppose any legislation that increases the estate tax, and will support a full repeal of this tax, because it is wrong to burden our fellow Americans who have invested in our economy and in our nation their entire lives.