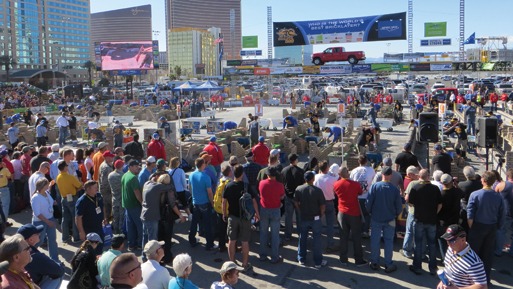 The 2013 SPEC MIX BRICKLAYER 500 drew crowds of more than 4,000 to the Gold Lot of the Las Vegas Convention Center.

The 2013 SPEC MIX BRICKLAYER 500 National is a 60-minute bricklaying competition comprised of the best bricklayers in the world. Twenty, two-man teams made up of a mason and mason tender compete to lay the most bricks, while meeting strictly defined quality standards. The competitors compete for more than$100,000 in cash and prizes before a crowd of 4,000 fans. The competition was held Feb. 6 at the Masonry Madness Arena during the 2013 World of Concrete/World of Masonry trade show in Las Vegas. 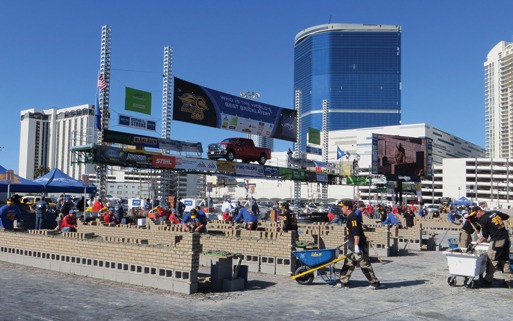 The 2013 SPEC MIX Bricklayer 500 TOP CRAFTSMAN award was given to mason Steve Cleveland of Midwest Masonry, located in Mundelein, Ind. Cleveland laid 530 bricks. The combined brick count and quality of his wall was judged the, “most sellable.” His mason tender was William R Hill III. Cleveland won $5,000 in cash; a Multiquip PRO12 mixer; a STIHL GS 461 Rock Boss Concrete Cutter; and thousands in sponsor prizes. 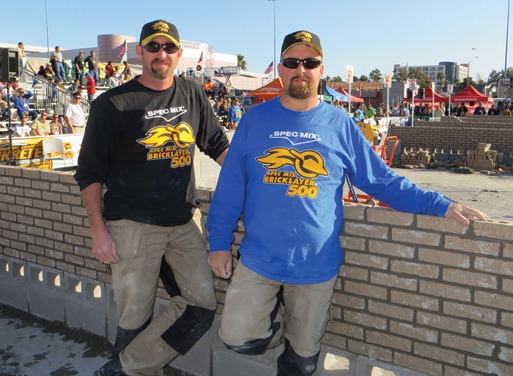 Shown are World’s Best Bricklayer Fred Campbell and his tender, Tony Shelton, in front of their brick wall. 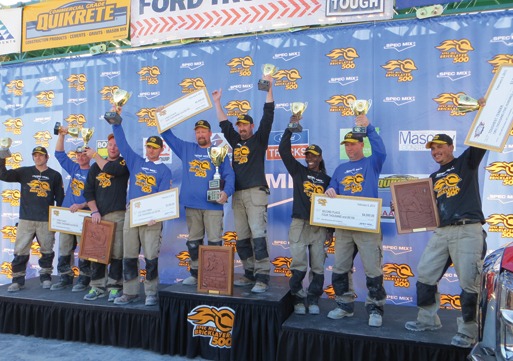