Providing Value During the Recession

Providing Value During the Recession 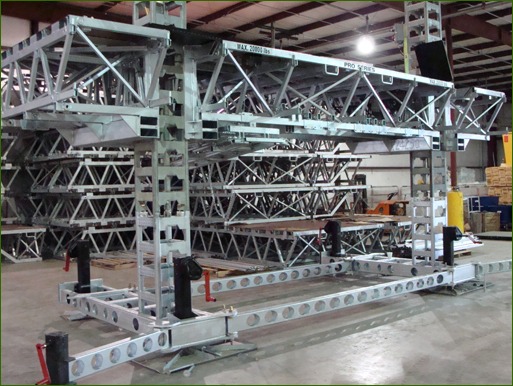 In these tough economic times, mason contractors need every advantage to stay profitable. Mast climber companies may have just the thing.

“Mast climbers dramatically increase production and decrease labor. These are the obvious benefits,” says Clint Bridges, VP for EZ Scaffold in Columbia, Tenn.??“In tough times, [using a mast climber] could be the difference between getting a job or not getting it, and between making money, breaking even, or losing money.”

“The people who can do well in tough times are the ones who can do the job faster than their competitors,” Breithaupt says. “Everybody has the same material costs. The guy with the lower labor costs is the one who’s going to get the job. If you can buy equipment, reduce labor costs, and have that equipment pay for itself in two to five months, it’s a good investment even in tough times.”

Scaffold solutions for a slow market

“What’s driving business for us right now is the opportunity for people to look at something new,” Solomon says. “Contractors are really receptive to having someone new in the mast climber market. What we’ve been able to do is make a mast climber that’s at least as good, if not better, than what’s already on the market, but make it much more economical.”

“If an owner or general contractor knows that you will be using a safer scaffold, he may use you even if your price is higher,” Bridges explains.??“I have a customer who works on primarily one military base.??He has gotten calls from general contractors where they were told to ‘use the guy with the orange scaffold.’”

“You have to have vision to invest in mast climbers,” he explains. “They make your job safer, make your production go up by 25 percent, make your labor costs go down, and for masons, they don’t have to reach too high or too low. They’re not going to be sore at the end of the week. You are going to be able to retain good employees.”

Growth expected for the New Year

Some mast climber companies expect the masonry industry to rebound in 2010, which would fuel demand for scaffolding. In fact, some companies are already seeing signs of a recovery.

“All indicators are that things are going to start picking up, and people are talking much more positively,” Solomon says. “We’re gearing up for next year. We’re looking forward to making 2010 a really good year.”
Solomon says that the masonry industry continues to get work, but the project start dates are getting pushed back further than normal.

EZ Scaffold’s Bridges is seeing a turn-around. “For the first time in a long time, I am hearing contractors say that they are getting work out in front of them and more work bidding. Also, the bid prices seem to be coming up.??They are still tight, but at least you can see where they got that number,” he says. “There are fewer contractors bidding, which, hopefully, means the other segments of the industry are getting busier.”

Jacques Laine, director of marketing for Fraco Products Ltd. in St-Mathias-sur-Richelieu, Quebec, isn’t as optimistic about the economy, but he still expects stronger sales next year.

“We believe that the economy will remain weak for the next nine months,” he says. “This situation will force our company to closely manage our assets (finance and employees). However, there are a lot of signs telling us that the economy has already restarted. The number of quotations that we do in specific sectors increases month after month. There is no doubt that our sales activities will be back on track shortly.”

Regardless of which way the economy swings, scaffold systems can shore up the bottom line for mason contractors, Breithaupt says.

“The thing I’m hearing is, ‘We need to squeeze every dollar we can out of every job,’” he says. “Contractors typically break their costs down by 50 percent labor, 40 percent materials, and 10 percent profit and overhead. A small decrease in labor can be a number that’s equal to the profit.”

Although mast climber sales are down, rentals are picking up the slack. Solomon has seen a slight decrease in the number of mast climber systems sold in 2009, but the rental market is strong.

“Rentals are holding their own,” Solomon says. “Right now, rentals are doing better than sales.”

“Purchasing equipment in a period of uncertainty seems to be a risk that no contractor is ready to assume,” Laine says. “On the other hand, Fraco’s rental activities stayed busy for the last 12 months. An aggressive price structure has helped us to keep our equipment out of our yards.”

Bridges points out that he’s experienced a slow market like this before, so he’s learned how to keep his company in the black.

“This environment is very similar to 9-11.??Contractors were still working, but were unsure of the future,” he says, noting that he was only selling a single scaffolding product back then. “Since that time, we have expanded our product line to mast climbers, a full line of heavy-duty and light-duty crank-up, including Crank Up XL, Mighty, and NS style, as well as tubs and mixers. We also rent our entire product line. All of this has helped us to stay profitable.”

His customers continue to work, which feeds demand for his scaffolding.

“Fortunately, we service a segment of the industry that is still working. Contractors don’t have as much work and??aren’t making the same profits, but are still working,” he says.

Some companies are forging ahead with new mast climber products and accessories. Bridges says his company is working on weather protection. “Winter makes it difficult to secure the towers when working on green walls where you have nothing to tie off to as well as enclosing the back side of the wall,” he says. “We have solutions for all of this.”

EZ Scaffold’s systems allow contractors to use multiple platforms. “We also have a job in Utah where we have two platforms on one set of towers topping out around 350 feet high,” Bridges says. “This allows for the other trades to be working above the mason. Of course, the platforms are completely enclosed and have overhead protection to prevent falling objects.”

Non-Stop Scaffolding revamped its Standard-Duty scaffolding by making it easier to crank, offering more room, and moving the winch to the back. “The winch on the laborer’s side makes it more adaptable for commercial-type work,” Breithaupt says. “It’s designed for residential, but commercial guys like it, too.”

The company’s new Workhorse scaffold jacks up like a truck jack and is easy to move, he says, adding that the scaffold is perfect for interior partitions up to 17 feet, four inches, and exterior brick veneers.

“This is the first and only light-weight jack-up scaffold that you can pick up and walk with and put bricklayers 12 feet, three inches above the floor,” Breithaupt says.

Fraco is working on improving its existing products and entering new markets, Laine says. “The focus is put on markets more than products. Thus, the actual economic situation has forced our company to explore new segments of the whole construction industry.”